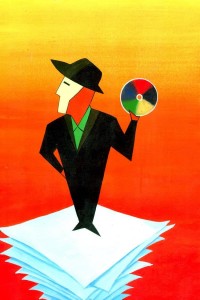 One of the more intimidating features of the 2005 Bankruptcy Amendment Act is that it explicitly places actual liability on the debtor’s attorney for costs, sanctions, and legal fees for basically making a mistake.

In essence, the new laws impose a very strict duty of due diligence on the part of the debtor’s attorney to not only ensure that a consumer debtor is qualified to file a Chapter 7 case, but to also verify a great deal of the information set forth in the petition.

If the court determines that a debtor’s attorney has neglected this duty, it can impose serious economic penalties. That is exactly what happened in a recent case out of the Idaho Bankruptcy Court, decided December 16, 2008 (In re Dean, No. 08-00227-jdp (Bankr.D.Idaho).)

Court Describes Facts as “an Unfortunate Tale.” Kelly I. Beeman is an experienced bankruptcy attorney in Boise, Idaho. Not only has he practiced bankruptcy law for 25 years, but he actually served many years as both a Chapter 7 and Chapter 13 bankruptcy trustee.

In December, 2007, consumer debtors Michael and Peni Dean, who were in a dismal financial situation, retained Beeman to file a typical consumer Chapter 7 bankruptcy case. For these services, Beeman charged a fee of $1,875.

The debtors’ principal asset was a 2003 Hurricane motorhome. This asset was quite important because Mr. Dean used it as his residence when working at a job several hundred miles away.

The Deans told Beeman that they had just borrowed money a few months earlier from Mrs. Dean’s mother in order to purchase the motorhome, and that the mother had been granted a security interest to secure the debtors’ promise to repay the loan.

Beeman was wary as to whether the security interest was adequately perfected since the debtors were unable to produce any evidence of the security interest. Fearing that there may be a problem with the enforceability of the mother’s secured interest in a bankruptcy case, Beeman became concerned that he might have a conflict of interest if, in representing the debtors, he also helped one of their creditors (the mother) perfect the lien.

The Attorney’s Initial Advice is Good. Consequently, Beeman advised the debtors that they should seek independent legal counsel to advise and assist them in perfecting the mother’s lien before any bankruptcy petition was filed. Beeman referred the debtors to another attorney in Boise. So far, so good. Beeman was doing a admirable job.

Well, it turned out that the debtors did seek the advice of the other attorney, but they decided not to retain him because they felt his fees were too high. Instead, they attempted to perfect the mother’s security lien on their own, but they did not do it properly. Hence, and unbeknownst to them, there was not a valid security lien.

The Attorney Neglects His Duty of Due Diligence. When the debtors returned to Beeman to sign their petition, they told him that they had indeed contacted the other lawyer, and that the lien on the motorhome was now in order. They did not tell Beeman that they actually attempted to perfect the lien on their own. Beeman did ask to look at the new paperwork.

The Debtors Lose a Valuable Asset. As you can imagine, the trustee, Jeremy Gugino, discovered that there was not a valid lien and he eventually liquidated the motorhome as a non-exempt asset of the bankruptcy estate. The debtors did receive their discharge. However, the trustee also brought a motion against Beeman, alleging that the debtors got “short changed” because the attorney could have prevented the debtors from losing this valuable asset had he exercised his duty of due diligence to verify that the lien was perfected. To partially assuage this bad result, the trustee requested the court to order Beeman to disgorge his fees.

Attorney is Sanctioned. The court stated that one of the important purposes of the Bankruptcy Code (section 329) is to ensure that attorneys provide competent representation to debtors. The court concluded that because Beeman did not make an adequate inquiry in to the status of the mother’s lien prior to filing the petition, the attorney did not competently represent them. The judge stated that Beeman could have exercised more care and initiative. The judge ordered Beeman to disgorge half of his fee.

The judge drew particular attention to a new provision in the new law (section 707(b)(4)(D)) which states that “the signature of an attorney on the petition shall constitute a certification that the attorney has no knowledge after an inquiry that the information in the schedules filed with the petition is incorrect.”

The judge also commented that this duty of inquiry need only be a reasonable one. Here, Beeman’s prior substantial experience also did him in. The judge stated that Beeman should have known better after having dealt with so many similar issues as a Chapter 7 trustee himself.

Practical Advice to Attorneys. The reason why attorneys are charging increased legal fees under the new laws is simple – there is a much greater time commitment to exercise the new due diligence requirements. You are being paid for this, so don’t skimp on your obligations.

Practical Advice to Consumers. If the debtors in this case had actually followed through with their attorney’s advice, they would not have lost their motorhome. The lesson is don’t be penny-wise and pound-foolish. Sometimes an investment in legal services is necessary to protect valuable assets. In the above case, everyone lost out (except the creditors.)

About the Author.  Long Island Bankruptcy Attorney Craig D. Robins, Esq., [1]is a regular columnist for the Suffolk Lawyer [2], the official publication of the Suffolk County Bar Association [3]in New York. This article appeared in the February 2009 issue of the Suffolk Lawyer. Mr. Robins is a bankruptcy lawyer who has represented thousands of consumer and business clients during the past twenty years. He has offices in Medford, Commack, Woodbury and Valley Stream. (516) 496-0800. For information about filing bankruptcy on Long Island [4], please visit his Bankruptcy web site: http://www.BankruptcyCanHelp.com [4].