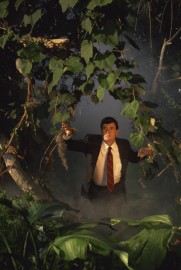 [1]Written by Craig D. Robins, Esq.
When I sat down to write this month’s column for the Suffolk Lawyer, I was prepared to discuss several recent cases interpreting the means test.  However, I could not get over the great number of splits of authority over almost every single issue.
The Means Test is the focal point of the drastic revisions that Congress made to the Bankruptcy Code in 2005.  That was when the legislature thought it was necessary to tighten the existing bankruptcy law and make it more difficult for consumers to eliminate debt, especially for those who Congress thought could afford to pay something to their creditors.
Unfortunately for bench and bar, the statutory wording of the Code provisions underlying the means test is anything but clear and unambiguous.
Congress Failed in Drafting a Clear-Cut Means Test Statute
Ironically, the Bankruptcy Abuse Prevention and Consumer Protection Act of 2005  (“BAPCPA”) was intended “to improve bankruptcy law and practice by restoring personal responsibility and integrity in the bankruptcy system and ensure that the system is fair for both debtors and creditors.”
Yet, when the new law was enacted in 2005, Bankruptcy scholars across the land declared that so many of the provisions of BAPCPA were so poorly worded that  bankruptcy court judges would be perpetually perplexed as they tried to interpret them.  They were right.  The relatively new statute contains typos, sloppy choices of words, hanging paragraphs, and inconsistencies.
We now have bankruptcy courts, U.S. District Courts, and U.S. Courts of Appeal issuing decisions almost daily in an effort to make heads and tails over what Congress intended.  The worst part?  There are minority and majority views to almost every possible issue, and even a few hybrid views to boot.
Here’s more irony:  BAPCPA was supposed to limit judicial discretion.  Instead, the legislation, which leaves a great deal to be desired, actually requires significant judicial discretion simply to interpret the statute.  Congress failed to create the “bright line” which it intended, a concept Long Island Bankruptcy Court Judge Robert E. Grossman cited in one of his recent opinions.
This confusion has led to a spate of law review articles with deriding, mocking and skewering titles such as “BAPCPA:  Trying to Make Sense Out of Nonsense.”  I can come up with some of my own: “BAPCPA is Bupkis” and “Mean Streets to the Means Test – An Ugly Road to Bankruptcy Court.”

The Ambiguity of the New Laws Makes Bankruptcy Challenging
What all this means is that if an issue has not yet been decided in your jurisdiction, counsel has little guidance as to how the local bankruptcy court will rule.  So imagine the challenge of trying to advise clients when a judge in Connecticut has held one way, a judge in New Jersey has reached a decision that is totally opposite, and our jurisdiction has not even addressed the issue yet.  And then, most issues are also finding their way up to the appellate courts.
BAPCPA has created a wide split among courts, not only upon the interpretation of whether a consumer has too much income to qualify for Chapter 7 relief, but upon the methodology used to calculate what income really is.
Courts seem to be debating endlessly concepts such as whether projected disposable income requires either an “anticipated” or “historical” calculation of income. In other words, do you use a backwards-looking approach or a forwards-looking approach?  Judge Grossman has already written a number of decisions seeking to make this distinction.  (FYI, he’s a forward-looker.)
The Strict Constructionist Verses the Logical Originalist in Bankruptcy Court
Inconsistencies in BAPCPA language have created two approaches to addressing conflicting interpretations.  You have the strict constructionists who believe a statute should be interpreted on its face, regardless of the result, and those who believe that maintaining a logical outcome based on the legislature’s original intent is paramount.
We’ve come to learn that Judge Grossman is of the school of thought “supported by reason.”  He recently wrote in one of his decisions interpreting the means test: “Absent clear binding authority in this Circuit, this Court will not adopt a reading of the statute which does not make any sense.”
As Judge Grossman wrote just last week in In re: Rabener, “this Court does not share the view that a rigid application. . . is required because the 2005 BAPCPA amendments were intended to blindly reduce judicial discretion. This Court does not believe that it is required to reach a decision that is absurd on its face merely to satisfy an unsupported argument that eliminating or reducing judicial discretion is more important than reaching a sound conclusion consistent with reason.”  In re Rabener, No. 809-75719, slip op. (E.D.N.Y. January 21, 2010).
Do you look at the “plain meaning of the statute” or do you try to ascertain “what Congress originally intended?”  Perhaps that depends on which side you’re on.
So what can the bankruptcy practitioner do when courts across the country are divided on issues?  Hope for the best.  Such uncertainty makes practicing bankruptcy law post-2005 daunting to say the least. But all those divergent decisions sure make for good reading.
About the Author.  Long Island Bankruptcy Attorney Craig D. Robins, Esq., [2]is a regular columnist for the Suffolk Lawyer [3], the official publication of the Suffolk County Bar Association [4]in New York. This article appeared in the February 2010 issue of the Suffolk Lawyer. Mr. Robins is a bankruptcy lawyer who has represented thousands of consumer and business clients during the past twenty years. He has offices in Patchogue, Commack, Woodbury and Valley Stream. (516) 496-0800. For information about filing bankruptcy on Long Island [5], please visit his Bankruptcy web site: http://www.BankruptcyCanHelp.com [5].
Be Sociable, Share!