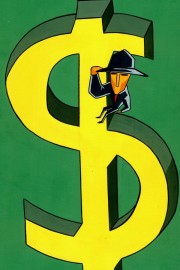 For most of us, the increase primarily affects the fees consumers pay to file their bankruptcy cases.  They are increasing by $7.00.

Here are the New Filing Fees, Which Go Into Effect November 1, 2011:

Various Other Bankruptcy Filing Fees Are Increasing as Well: Amending Schedules:  Increase from $26 to $30

There are other miscellaneous fee increases as well:  Full Schedule of Bankruptcy Court Fees and Charges Effective November 1, 2011 [2].

When did the Bankruptcy Filing Fees Change Last?

In my Bankruptcy Update [3]back in February 2006, I wrote that the filing fees were increasing again.

In February 1, 2006, the House of Representatives passed the Budget Reconciliation Act which included fee increases for various court filings, including bankruptcy filings. The Senate previously had approved the measure.
That fee increase, which went into affect on April 6, 2006, was strictly a revenue-raising measure.
The bill increased the Chapter 7 filing fee by $25 to $299, and increases the Chapter 13 filing fee by $85 to $274. The apparent purpose of the fee increases at that time was to balance the budget though payments from those who could least afford it.
Prior to that, on October 17, 2005, when the bankruptcy laws were reformed by BAPCPA [4], the filing fees increased for Chapter 7 cases from $209 to $274, and for Chapter 13 cases from $194 to $189.
Be Sociable, Share!