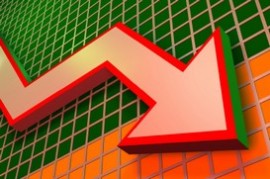 Written by Craig D. Robins, Esq.
Yesterday I wrote  Bankruptcy Season Is Approaching – Part One  [2] and discussed bankruptcy season for consumers.  Today, I address the effect of the new year on businesses.
Bankruptcy Season for Businesses
Retailers also keep bankruptcy attorneys busy after the holidays. The holiday season should be a joyous time for retailers. However, when the economy is suffering, which is certainly the case now, some of those retailers who held out for the Christmas rush unfortunately will not make it without bankruptcy assistance.
Sometimes the wait-till-January tactic works if a spike in holiday sales provides sufficient cash to tend the coffers.
Harvard bankruptcy professor Lynn LoPucki studied the January bankruptcy phenomenon. From 1980 to 2008, 105 large public retailers that filed for bankruptcy with assets of more then $100 million, only seven did so in December, giving up the full benefit of a holiday cash infusion.
That was less than half the 18 that did so in January – the most popular filing month for large retailers — and slightly less than the 10 that filed in February after January clearance sales.
It’s a fact that 70 to 80 percent of retail sector bankruptcy filings traditionally take place at the end of the high selling season.
Be Sociable, Share!