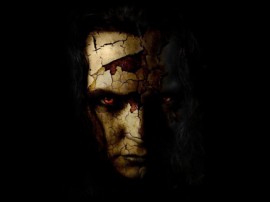 [1]Written by Craig D. Robins, Esq.
Some Well-Known Collection Law Firms May Have to Make Significant Payments to the Debtors They Have Sued For Having Engaged in Dirty and Dishonest Conduct
Victims of debt collectors who cheat their way to getting judgments may be getting their due.
As reported in the New York Times last week, a class action lawsuit was just filed in U.S. District Court in Manhattan.  The suit alleges that a network of bill collectors engaged in the deceitful act of “sewer service.”
This is when a debt collector fails to serve the legal lawsuit documents and then files a false affidavit claiming the notice has been properly served. When the debtor doesn’t show up in court or file an answer to the collection summons and complaint, the collection law firm then obtains a default judgment.
Usually the victim does not learn about the judgment until he or she is surprised when their bank account is frozen. The judgments can also ruin a person’s credit report.
The New York Attorney General Began Investigating Sewer Service Last Year
I  wrote several posts about sewer service last year, which led to several investigations by New York’s Attorney General.  See Attorney General Investigating Process Servers for Taking Illegal Shortcuts [2].
The difficulties with the economy has put new scrutiny on the scheme as more and more people are being sued by debt collection firms.
In April, Attorney General Andrew Cuomo actually arrested the owner of a Long Island process-serving company, American Legal Process, for engaging in the practice. Long Island Process Serving Company Owner Arrested Today for Sewer Service [3].  In addition, he closed down several debt collection firms the following month:  Debt Collectors Shut Down by Attorney General [4].
The AG’s official investigation suggested that on hundreds of occasions, process servers claimed to be in several places at once, often over distances impossible to cover in a day. The New York Attorney General’s office is seeking to vacate more than 100,000 court judgments statewide obtained by debt collection law firms that used American Legal Process Company as their process server, and the Attorney General has expanded its inquiry into other firms as well.
Class Action Suit Encompasses Many Defendants Involved in the Collection Law Suit Process
The class-action lawsuit is pursuing the entire debt collection chain, starting with the debt-buying companies, the collection law firm they hired to collect the debt, and the process-serving firm used to serve debtors.
The suit names five debt-buying firms with variations of the names L-Credit and LR Credit. All are subsidiaries of Leucadia National, a $6 billion publicly traded holding company.
Mel S. Harris & Associates, the collection law firm named in the suit, is one that I have dealt with for years as they have a very high volume debt collection practice.
In my Long Island debt settlement and bankruptcy law firm, we regularly represent people who have complained that they were never served with lawsuit papers before learning about judgments against them.  In almost all cases, however, the clients acknowledged that they owed the debt.
We are usually able to negotiate a very beneficial settlement or eliminate the debt entirely through bankruptcy.
Be Sociable, Share!