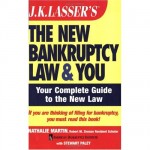 New Laws Just Became Effective. On October 17, 2005, the Bankruptcy Abuse Prevention and Consumer Protection Act of 2005 (BAPCPA), this country’s most sweeping bankruptcy legislation in decades, became effective. The Act, which is 512 pages in length, contains so many changes that it affects nearly every aspect of the bankruptcy case, even including the way the practitioner can interact with his clients.

Flood of Last-Minute Bankruptcy Filers Brings Clerk’s Office to a Halt. There were so many filings the week before the new laws went into effect that the Bankruptcy Court clerk’s office in Central Islip was unable to handle the flow. The clerk’s office initially anticipated shutting down its electronic case filing system for twelve hours to process the new filings and to implement the new software to handle the new petitions. However, the most recent announcement from the clerk’s office was that it would be unable to accommodate any new filings (except for emergency cases hand-delivered to the clerk’s office) until October 31. A front-page article in the New York Times on Friday, October 14, 2005, showed a photograph of a line of people a block long waiting in the rain for five hours to file last minute petitions at the Bankruptcy Court in Manhattan. Similar stories echoed throughout the country. Fear of the drastic changes in the new law was enough of a motivating factor to compel tens of thousands of consumers to file for relief at the last minute.

The New Laws are Greatly Disliked. It appears that apart from the financial services industry who lobbied for the changes in the law, virtually everyone else, from debtor’s attorneys to professors to trustees to judges, are very unhappy with the new law for various reasons. For one, BAPCAP is extremely complex and imposes a new means test as a filing prerequisite. This will have the effect of making bankruptcy less accessible for many debtors and much more expensive.

Many general practitioners who previously handled routine cases will certainly be intimidated by the complexities of the new law as well as new provisions which place great liability on the attorney. Judges and professors have complained that many provisions of the new law have been drafted atrociously. Whereas prior legislation was drafted with the assistance of some of the finest minds in the bankruptcy world, the new legislation was mostly drafted by lobbyists with relatively little knowledge of real life bankruptcy practice.

What Has Changed with the New Law. Discussing each and every provision of the new law could easily fill a thousand of these columns. The means test is a major component. Its ostensible purpose is to determine, after a series of calculations, whether a debtor who seeks to file for Chapter 7, would be abusing the bankruptcy laws because the debtor could afford to pay something back to their creditors. In addition to this totally new procedure, there are new provisions for determining property of the estate and calculating exemptions. There are new procedures for valuing assets. There are new laws concerning the automatic stay, which will not be so automatic in some instances. Treatment of secured claims has changed and debtors will likely have to reaffirm secured debts, a procedure that had been mostly done away with in this jurisdiction during the past decade. Matrimonial obligations are now treated totally differently in a way to designed to protect the innocent spouse. There are new exceptions to discharge. There are also greater limitations upon re-filing after a previous petition has been filed. And don’t forget, debtors must receive credit counseling as a condition to filing for bankruptcy relief, and budget counseling as a condition to receiving a discharge, and you will certainly need to assist them with this.

The Law Mandates Certain Changes to Your Practice. Debtor’s attorneys are now required to make certain disclosures about the nature of legal services offered and the consequences of filing for bankruptcy. BAPCPA also restricts the way bankruptcy attorneys may advertise their services and imposes the requirement that all bankruptcy attorneys classify themselves as “debt relief agencies.”

The Means Test: One of the Most Difficult New Provisions. The essence of the new law is the means test, a six-page, fifty-five-line item, computational form that makes the most complicated tax return form look like a walk in the park. This form alone will intimidate the most seasoned practitioner and will likely have the effect, intended or not, of preventing many people from filing for bankruptcy for various reasons. Learning how to utilize this mandatory form, and how to properly input correct information and figures, poses a great challenge. The trap here is that if the attorney slips up and incorrectly prepares this form, he can be sued by the creditors and sanctioned by the court.

Be Prepared to Do Due Diligence With Each Case or Be Sanctioned. The number one concern that most consumer bankruptcy attorneys probably have about the new law is that it imposes a tremendous responsibility and potential liability on the attorney. The attorney must now conduct a reasonable investigation to verify the accuracy of the information provided by the client. In addition, the attorney must determine that the petition and all other information provided to the court and the trustee is well-grounded in fact. Finally, the attorney must certify that a Chapter 7 petition is not an abusive filing. The penalties for violating any of the new liability provisions can be strict and can include fee disgorgement plus actual damages including attorney’s fees and costs and possible civil penalties. These new responsibilities, combined with attorney liability, will likely cause many lawyers to leave the consumer bankruptcy practice, and will result in an increase in fees charged by those who stay.

About the Author.  Long Island Bankruptcy Attorney Craig D. Robins, Esq., [1]is a frequent columnist for the Nassau Lawyer, the official publication of the Nassau County Bar Association [2]in New York.  This article appeared October 2005 issue of the Nassau Lawyer. Mr. Robins is a bankruptcy lawyer who has represented thousands of consumer and business clients during the past twenty years. He has offices in Medford, Commack, Woodbury and Valley Stream. (516) 496-0800. For information about filing bankruptcy on Long Island [3], please visit his Bankruptcy web site: http://www.BankruptcyCanHelp.com [3].