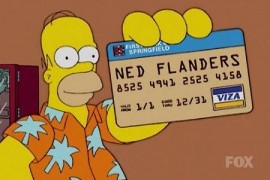 [1]Written by Craig D. Robins, Esq.
Re-establishing credit after filing bankruptcy is one of the most common questions my clients ask me.
That led to me write a rather detailed article about three years ago:  Life After Bankruptcy: Getting Credit Has Become Too Easy [2].  When I wrote that post, most of my bankruptcy clients were solicited for new credit cards just weeks after their cases were concluded.
Bouncing Back From Bankruptcy
Most of the concepts that I discussed in that article remain true today and I urge anyone concerned about this to read it:  Life After Bankruptcy: Getting Credit Has Become Too Easy [2].
About a year after I posted it, our current recession started and the credit market tightened up.  This made it somewhat more difficult for those emerging from bankruptcy to obtain new credit card accounts.  However, credit cards are back in vogue for both issuers and consumers.
Banks are now eager to seek out new customers and open new accounts as they have retooled their business models to meet relatively new federal regulations that control the entire credit card industry.
Last year credit card solicitations doubled to about 2.75 billion.  Financial experts predict that there will be a double-digit increase again this year.  This is good news for those considering filing for bankruptcy who are eager to obtain new credit later on.  Consumers emerging from bankruptcy are once again seeing their mailboxes flooded with credit card offers according to recent news reports.
Generally, consumers who emerge from bankruptcy are considered sub-prime borrowers, which is the category that includes those with blemished credit.  These consumers can often get credit, but will end up paying a higher rate of interest and will likely have a lower credit limit.
The most important aspect of bankruptcy and credit is that the negative weight caused by bankruptcy diminishes over time.  The sooner a debtor re-establishes credit with one account, and demonstrates responsibility with that account, the sooner the next account can be opened up, and so on. 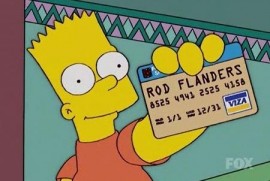 [3]The Path to Good Credit After Bankruptcy
The first step is to apply for a gas card or small store card — both of which typically come with a small debt limit.  It is extremely important to make regular and timely payments.  It is also important to use the card, even if it means just charging relatively small amounts.  This shows that you can again handle credit responsibly.
Then, after a few months, apply for a sub-prime card.  These are regular Visa or Mastercard accounts offered by banks that cater to those with bad credit.  The interest rate will be high, there may be a annual account fee, and the credit limit will be low.  However, having a card with less than favorable conditions is temporary.  Use the card, but try to pay off all balances in a relatively short period or right away.
Perhaps six to twelve months later, after having used and timely paid for purchases on these cards, apply for a more conventional card with better terms.
For More Info About Getting Credit After Bankruptcy
Please see my prior post:   Life After Bankruptcy: Getting Credit Has Become Too Easy [2].
I urge my bankruptcy clients to go to any big-box bookstore and look at the dozen or so books they will have on re-establishing credit.  For an investment of ten to fifteen dollars, you can’t go wrong.
Be Sociable, Share!