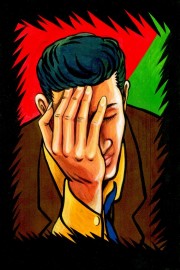 [1]Written by Craig D. Robins, Esq.
A decision from the 7th Circuit Court of Appeals last week illustrates the importance of providing accurate information in the bankruptcy petition.  In that case,  debtors from Michigan failed to do so and were denied a discharge.  (Stamat v. Neary, 7th Cir. Mar. 24, 2011).
This Bankruptcy Filing Was Far From Ordinary
Dr. and Mrs. Stamat of Illinois filed a high-debt Chapter 7 bankruptcy case in July 2007.  Dr. Stamat is a medical doctor who operates a pediatric clinic.  The wife owns a medical billing company.  They sought to discharge over $1.5 million in debt.
After being examined, the trustee alleged that the debtors failed to list numerous assets and transactions including past business interests, two limited partnerships, a $10,000 law suit settlement payment, and $90,000 obtained from a refinance.  The trustee also alleged that they misreported their 2006 income.
Accordingly, the trustee sought to deny their discharge by bringing an adversary proceeding [2] under Bankruptcy Code section 727, arguing that the debtors concealed estate assets with intent to defraud their creditors, fraudulently made false statements under oath, and failed to satisfactorily explain the loss of assets — some pretty serious charges.
The bankruptcy court agreed with the trustee, denying the debtors a discharge.  The debtors unsuccessfully appealed to both the District Court and the Court of Appeals, who held that the debtors made numerous material omissions which displayed a reckless disregard for the truth.
Debtors Were Far From Candid and Honest
The debtors indicated in their petition that their 2006 gross income was $53.000.  However, their 2006 tax return indicated that Dr. Stamat grossed $265,000 from his medical practice and his wife grossed $22,000 from her billing business.  That’s quite a disparity.
In addition, the debtors failed to disclose past investment and business interests, as well as ownership interests in various limited partnerships, which information they were required to list in the Statement of Financial Affairs, which is one of the schedules of the bankruptcy petition.
The debtors also refinanced their home twice in the two years before filing the bankruptcy petition, receiving over $90,000 in cash, and they failed to report that as well.
Bankruptcy Relief is for Honest Debtors
The decision underscores a basic tenet of consumer bankruptcy — that an honest debtor is entitled to a fresh new financial start.  Honesty and candidness are paramount.
The Court stated that the debtors knew or should have known that the information they provided was inaccurate and that the cumulative effect of their false statements was material.  This established a pattern of reckless indifference to the truth.
What Can We Learn From This Case?
First, the debtors in this case are both intelligent and educated.  They ran a medical practice.  So they were smart enough to know what they were doing.  When it came to their bankruptcy petition, they made not one omission, but many.  It appears that they did so to deceive the court.
If the debtors had merely neglected to schedule one particular asset, or if they merely provided inaccurate information about their income, they likely would have been able to coast, assuming that they were immediately forthright about amending their schedules to provide accurate information.
However, in this case, the debtors’ failure to provide accurate information was so wide-spread, that it was impossible for the court to overlook, as the only reasonable conclusion was that the debtors intentionally acted to withhold important information.
The bottom line is that it is important to be as accurate as possible when disclosing information about your financial situation.  Failure to do so can result in having the court deny your dischage.
Be Sociable, Share!