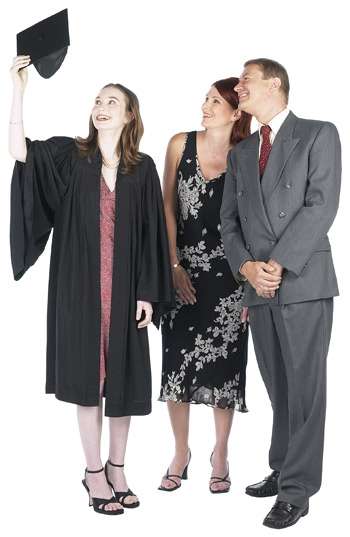 Long Island parents hoping to file bankruptcy to eliminate credit card debt, and still be able to pay their childrens’ college tuition, may be out of luck under the new bankruptcy laws
.
The 2005 Bankruptcy Amendment Act, which made it slightly more difficult for some people to eliminate their debts in bankruptcy, placed a damper on a debtor’s ability to pay the expenses of their children’s college tuition while seeking bankruptcy relief.
The new bankruptcy laws require individuals to pay their creditors any money that is over and above what is needed for necessary day-to-day living expenses.  Fortunately, most individuals that we represent with Chapter 7 bankruptcy cases are able to show that they do not have any “disposable income” after paying their necessary expenses.
The essence of the new bankruptcy law is the means test which indicates what expenses are reasonable and necessary.  Unfortunately, the means test does not treat contributions to a child’s college tuition as a reasonable expense.  The government would rather see any disposable income being paid to creditors.
Since the new bankruptcy laws went into effect in 2005, there have been several cases across the country addressing the issue of whether debtors may deduct college expenses for their adult children.  Unfortunately, the bankruptcy judges in these cases have found no statutory support for educational expense deductions for a child’s college tuition.
Perhaps one bankruptcy court expressed the current state of the law best, by stating that, “while a parent’s desire to assist a child. . . pursuing a college degree is laudable, a debtor is not free to do so at the expense of her unsecured creditors.”  In re Hess, No. 07-31689,(Bankr. N.D. Ohio 2007).
Another bankruptcy judge stated that a debtor paying college expenses of an adult child is a luxury, not a necessity, and that the Bankruptcy Code does not provide any support for allowance of such a deduction.  In re Hicks, 370 B.R. 919 (Bankr. E.D. Mo. 2007).
The most recent case analyzing the issue of a debtor paying college tuition was decided in January 2009.  Although the bankruptcy court in that case recognized that “special circumstances” might justify allowance of college expenses for adult children, it found that the facts in that case did not rise to that level because it was not apparent that the debtor had made a reasonable effort to mitigate her expenses.  In re Baker, No. 08-13987 (Bank. N.D. Ohio 2009).
The new bankruptcy law is not kind towards the large number of Long Island parents who are both overwhelmed by debt and who are obligated to assist their children with college tuition.  However, discussing a budget with an experienced bankruptcy attorney might uncover some possible solutions.  For example, in some Chapter 13 cases, a parent can pay a child’s college tuition.
Be Sociable, Share!