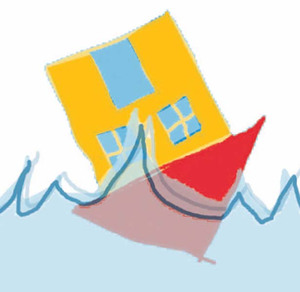 [1]Written by Craig D. Robins, Esq.
The HAMP mortgage modification program, according to recent figures, continues to demonstrate that it is a failure.
Only one in four of the 2.7 million homeowners who sought assistance in the HAMP program actually succeeded in getting their monthly payments permanently reduced, according to a report in today’s Wall Street Journal [2].  HAMP is the Homes Affordable Modification Program.
Most of the participants failed to qualify for the program or were disqualified after being initially accepted into the program.
I have previously reported on the abysmal results from the HAMP program — Problems with HAMP — Too Many to Count? [3] 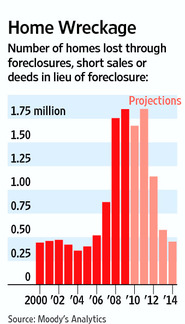 [4]The WSJ article also reported that about 6.7 million homes were lost in foreclosure during the decade, 2000 to 2010.  In the next three years, however, another 3.6 million foreclosure will likely occur, according to a report by Moody’s Analytics.
The HAMP program has faced sharp criticism.  Many Congressmen have called the program a waste of money and some Republicans are even considering a bill this week to end the program.
One of the biggest problems with the program is the number of applicants who were rejected because they did not submit the necessary paperwork, or, as is often the case, the homeowners’  mortgage companies lost the paperwork.  Over a quarter million homeowners were rejected for this reason.
I can attest to meeting with numerous clients who complained that they submitted requested papers several times, only to be repeatedly told that the mortgage companies had no record of this.
Another quarter million homeowners were rejected because they were considered to have affordable mortgages.  According to HAMP guidelines, the monthly mortgage payments must be more than 31% of pre-tax income.  Other homeowners were turned down because they were either current (HAMP requires the homeowner to be in default) or were not considered in danger of defaulting soon.
When a client comes to us after unsuccessfully applying for HAMP benefits, we usually assist them with either bankruptcy or foreclosure defense.
Be Sociable, Share!