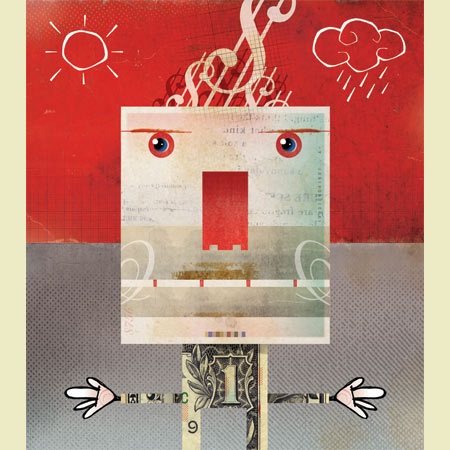 What happens if a Chapter 7 debtor realizes that he or she forgot to include a creditor after the case has closed?
..
Wrritten by Craig D. Robins, Esq.
If you’re a regular bankruptcy practitioner, this will sound all too familiar.  You file a routine Chapter 7 bankruptcy petition, the case goes unremarkably, the debtor gets a discharge, and the case is closed.
.
Then, sometime thereafter – it could be days, months or years – the debtor calls to say that he or she inadvertently omitted a creditor.  The anxious client explains that this failure was an innocent mistake.
.
Counsel might then instinctively think, “no problem.”  The case can be reopened by motion, and an application can be brought to amend the schedule of creditors to include the omitted one.  Right?
Confusing Case Law Has Made Resolving this Issue Difficult
But, not so fast.  There have been a great number of cases on this issue, with widely differing theories and conclusions.  Some have held that you can re-open, and some have held that you can’t.
.
Some bankruptcy courts routinely grant debtors’ motions to amend schedules to list previously omitted creditors.  One line of cases focuses on whether there is prejudice to creditors or whether there was fraud.
.
Some courts will refuse to permit the case to be reopened, because they believe omitted debts are non-dischargeable.  Yet other courts will refuse to permit the case to be reopened because they believe that omitted debts are automatically discharged even if they are not listed, and therefore reopening the case serves no purpose.
.
Even in our own jurisdiction, I have seen different judges over the years have different policies with this issue.  Understandably, there has been a good deal of confusion as to the appropriate remedy dealing with the problem of the omitted creditor.
.
So what is the Long Island bankruptcy lawyer to do?
Recent Case Provides Some Guidance
In April, Brooklyn Bankruptcy Court Judge Dennis E. Milton addressed this issue in the case of In re: Coppola (96-21661).  Although the decision contained a nice discussion of the two main approaches, it still left undetermined what the appropriate protocol is in this district.
.
In that case, the debtor filed a motion to reopen his Chapter 7 bankruptcy case for the purpose of amending the schedule of creditors.  He did this over 11 years after he filed his petition.  The debtor hoped to include a debt owed to his former business partner.
.
The Court, however, after conducting a trial, determined that the debtor was not a credible witness and that the debtor’s failure to disclose the debt was either the result of recklessness or intentional design.  Because of that, and the significant delay, Judge Milton denied the application.
Equitable Approach vs. Mechanical Approach
Judge Milton stated that in deciding motions to reopen bankruptcy cases where the debtor has failed to disclose a creditor on his schedules, courts have developed two approaches.
.
Under the “mechanical approach” courts have denied motions to reopen no-asset cases, finding that the debt owed to an omitted creditor is discharged “as a matter of law.”  Under this approach, there is no reason to reopen a bankruptcy case, provided that it is a no-asset case and the debt is not otherwise excepted from discharge.
.
Based on my own familiarity with cases here, I would say that prior to this decision, most judges in the Central Islip Bankruptcy Court utilized this approach.
.
Judge Milton then explained that under the “equitable approach,” courts consider whether the debtor’s omission was the result of fraud, recklessness or intentional design, or if it would prejudice the creditor’s rights.  Good faith is an important element.  Courts adopting this approach have held that motions to reopen no-asset cases to list omitted creditors should be liberally granted.
.
Judge Milton did not use the mechanical approach, and instead relied upon the equitable approach.  He did so because the facts of the case (the debtor’s bad faith) would have produced an unfair result by permitting the debt to be discharged under the mechanical approach.
.
The judge found the debtor lacked good faith as it appeared the debtor had known about the debt for years, but neglected to amend earlier.  It also appeared that the debtor lied about this knowledge at trial.  The court also found that the length of time that elapsed between the filing of the petition and the request to reopen the case also suggested bad faith and prejudiced the debtor.
Practical Tips
For most garden variety situations where the debtor omits a typical credit card debt and advises the attorney within a few years, the courts here will probably be unwilling to permit counsel to reopen the case to add the creditor, asserting that, under the mechanical approach, the debt is dischargeable.  In such cases, consider sending a certified letter to the creditor stating that the debt has been discharged, together with copies of the notice of commencement and order of discharge.
.
However, in situations where the creditor raises objections to this approach, be prepared to file a motion to reopen, in which case the court will probably consider the various factors in the equitable approach.
.
About the Author.  Long Island Bankruptcy Attorney Craig D. Robins, Esq., [1]is a regular columnist for the Suffolk Lawyer [2], the official publication of the Suffolk County Bar Association [3]in New York. This article appeared in the June 2009 issue of the Suffolk Lawyer. Mr. Robins is a bankruptcy lawyer who has represented thousands of consumer and business clients during the past twenty years. He has offices in Patchogue, Commack, Woodbury and Valley Stream. (516) 496-0800. For information about filing bankruptcy on Long Island [4], please visit his Bankruptcy web site: http://www.BankruptcyCanHelp.com [4].
Be Sociable, Share!