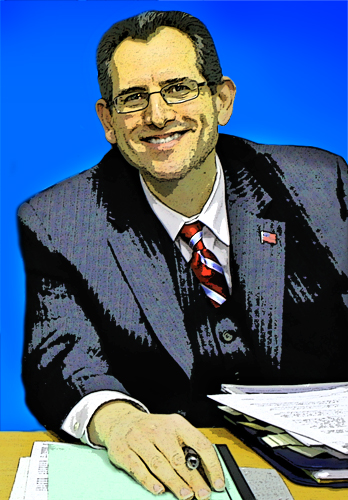 [1]Written by Craig D. Robins, Esq.
Can a Judge Who Writes Sophisticated Bankruptcy Decisions, Pen Witty Song Lyrics?
You Betcha !!!
The Bankruptcy Bill Song Contest has announced its winner.  First place goes to our very own Long Island Bankruptcy Court Judge Alan S. Trust.
Judge Trust’s Song Recalls His Days in Texas
The Judge’s entry, “Debts in Wrong Places [2],” is a humorous take-off of Garth Brooks’ country music hit song, “Friends in Low Places” — certainly a popular song in Texas, where Judge Trust practiced before ascending to the bench here in the Eastern District of New York.
Steven Horowitz and Gideon Kendall, creators of the Bankruptcy Bill [3] cartoon strip, sponsored the contest and came up with a great new cartoon featuring the comic likeness of Judge Trust that you absolutely must see!!!  Click this link to see this new comic strip:  Bankruptcy Bill Song Contest Cartoon [4].
My Wife Had to Enter the Contest, too
When I had told my wife, Arlene, of the contest last fall, she said she had to enter — just to poke fun at me.  Her song, “A Bankruptcy Wife’s Lament [5],” is about a bankruptcy attorney who is so busy that he ignores his wife and family (me???).
Her song won second place!  It is a hilarious take-off on “Sunrise Sunset” from Fiddler on the Roof.
My song, “Debt Free Girl [6],” a take-off on Billy Joel’s hit, “Uptown Girl,”didn’t win a prize, but I still think it’s great fun in any event.
I created the photo illustration from a photo I took of Judge Trust several weeks ago at a bankruptcy seminar.
Be Sociable, Share!