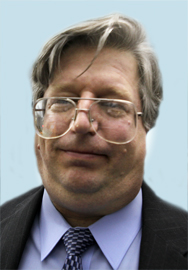 Long Island Chapter 7 bankruptcy trustee R. Kenneth Barnard, Esq. has been on the Chapter 7 trustee panel for the Eastern District of New York since about 1990, where he is assigned cases filed in the Central Islip Bankruptcy Court.
His office is located in Babylon, New York and he is also a sole practitioner handling bankruptcy, litigation and real estate matters.
Ken was admitted to practice in 1985.  He graduated from New York University, and he received his law degree from Hofstra Law School in 1984.
One of Ken’s passions is race horses.  In addition to owning several of them, he has trained several racing horses, including The Dwight Stuff, which raced in the New York State Thoroughbred Breeding and Racing Program, and Leave it to Betsy, which raced at Aqueduct.
Unlike many of the other Chapter 7 trustees, Ken does not actively participate as a panelist in bankruptcy seminars.  He also tends to use other lawfirms to handle all of his trustee litigation matters.
Ken is known for meticulously reviewing the petitions of each and every debtor who appears before him.
I took the photo of Ken at a recent Bar Association bankruptcy seminar.
Here’s Ken’s contact info:
R. Kenneth Barnard, Esq.
384 W. Main Street
Babylon, NY 11702
Phone: (631) 661-0906
Be Sociable, Share!