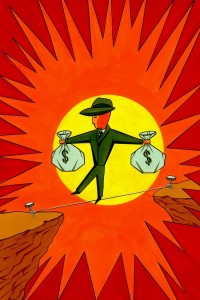 “But will I ever be able to get credit again?” This is one of the most frequently asked questions that my consumer bankruptcy clients ask me. Even though most of them realize that they have no other alternative but to commence a bankruptcy proceeding to eliminate their debts, it is ironic that so many of them are overly concerned about the possibility of losing their beloved credit cards, especially when easy credit may have contributed to their financial problems. Some potential debtors don’t even consider bankruptcy because they are so worried that it will cause irreparable damage to their credit ratings. This is the myth frequently advanced by lenders and credit card companies who try to discourage bankruptcy. Having good credit has become entrenched as part of the American Dream.

Although a recent bankruptcy is generally considered a negative factor by lenders, most debtors will have a much easier time than ever before getting their credit back. There are also many steps a debtor can take to rebuild, rehabilitate and re-establish credit. Most debtors can probably rebuild their credit to the point that they can obtain a major credit card very quickly. Frequently, debtors can simply open their mail shortly after receiving their discharge to discover a handful of credit card offers. Nevertheless, debtors can accelerate the road to economic credibility by understanding the credit system and by taking certain positive steps to increase their credit ratings.

This month I will explore the myths and realities of the effect of filing a bankruptcy on consumer credit. In a future article I will discuss actual steps a debtor emerging from bankruptcy can take to reestablish credit.

Creditors Disseminate Negative Bankruptcy Propaganda. Obviously, it is not in a creditor’s best interest to condone bankruptcy. Therefore, they are notorious for advancing negative publicity about it. This is usually done in the collection stage, through letters and through bill collectors. The creditor will try to lead the debtor to believe that bankruptcy will destroy chances for credit for ten years or more (“the ten-year mistake”), that the debtor will be highly embarrassed, and that bankruptcy will act as an automatic rubber stamp of credit denial. (Ten years is the maximum length of time that a bankruptcy can appear on a credit report pursuant to the Federal Fair Debt Reporting Act.) However, these are only myths and they are usually far from the truth. Being denied credit after bankruptcy occurs much less frequently than credit card companies would suggest.

In addition, the entire credit industry harped on Congress for eight years espousing so many negative connotations about bankruptcy that it ultimately succeeded in persuading Congress to change the bankruptcy laws in 2005.

The Credit Rating Concept. Credit is in the eyes of the beholder. Each lending company has their own policies and criteria for determining which applicants deserve credit status. Large lenders usually establish their own highly individualized and computerized rating systems where numerical values are assigned to particular characteristics. Achieving a “passing score” means being eligible for credit. Smaller creditors such as gasoline companies and department stores may evaluate credit applications more subjectively.

Creditors place positive values on steady employment, a history of making timely payments for purchases on credit, maintaining a certain level of income, maintaining savings and checking accounts, owning a home, and demonstrating an ability to pay. Negative values are assessed for delinquent payments, charge-offs, bankruptcies, judgments, lack of bank accounts, and large amounts of existing debt. Most creditors look more to an applicant’s current income situation, and its stability, than anything else. 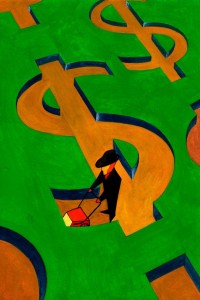 Recent Study Shows that Debtors Do Get New Credit. Conventional wisdom espoused by creditors would lead the public to believe that bankruptcy is a ten-year mistake. However, a very elaborate study released over the summer in a white paper by Katherine Porter, a professor of law at the University of Iowa, entitled “Bankrupt Profits: the Credit Industry’s Business Model for Post-Bankruptcy Lending,” reveals that credit card companies actively seek out and solicit debtors emerging from bankruptcy as they are lucrative targets for additional business.

The study found this position most ironic as the credit industry persuaded Congress to pass a stricter set of bankruptcy laws, claiming that bankruptcy debtors were prodigal spenders who engaged in irresponsible financial activity. They also argued that debtors lacked the moral conviction to repay their debts and that by resorting to bankruptcy, they were taking the easy way out. It was this focus on debtor behavior that led to bankruptcy reform.

The study showed that while the credit card industry labeled those filing bankruptcy as deadbeats, the same creditors repeatedly solicited debtors after bankruptcy. They found that most families emerging from bankruptcy receive dozens of offers for new credit in each month immediately after receiving their discharge. Some debtors have even reported being overwhelmed after bankruptcy with a variety of credit solicitations from many sources. This widespread effort of luring recent debtors into new borrowing relationships stands in stark contrast to the credit industry’s negative portrayal of these consumers as irresponsible and immoral.

Debtors Should Review and Correct Credit Reports. The first thing lenders look at is an applicant’s credit report. Credit files are maintained by three major credit bureaus — Experian, Equifax and TransUnion. Under the Federal Fair Debt Reporting Act, a bankruptcy can be reported for up to ten years, and derogatory information, such as payment delinquencies, can be reported for up to seven years. Any incorrect or outdated information can be challenged by writing a simple letter to the credit bureau.

Most “Credit Repair” Clinics Are Shams. Most “credit repair” outfits or “credit fix-it” companies engage in illegal and improper practices. Debtors should not hire these companies. Even if they are legitimate, these companies cannot do anything for the debtor that the debtor cannot simply do for himself or herself. Anyone can remove incorrect information. Nobody can remove negative, but correct information that is timely. Even legitimate credit repair companies are notorious for charging unconscionably high fees for their services.

Credit repair clinics also seek to charge hundreds of dollars for providing debtors with applications for secured credit cards, which the debtors can get for free on their own. Another unscrupulous tactic is to offer a “money-back” guarantee. Such claims are simply a way for a company to get the consumer’s money and then go out of business before the victimized consumer can get a refund.

In New York, all credit repair clinics are governed by General Business Law Section 458-d, which requires the clinics to inform debtors of their rights under the Fair Credit Reporting Act, be bonded, accurately represent what they can and cannot do, and let debtors cancel the contract until midnight of the third day after signing a contract. The statute also states that credit repair clinics cannot collect any money until all promised services are preformed.

Conclusion. The tremendous number of bankruptcy filings is causing a growing number of creditors to re-evaluate their criteria for granting credit. Thus, the current trend is for creditors to be more realistic and open-minded about extending credit to debtors who have emerged from bankruptcy as they see these consumers as a great source of future business and profit. Also, as the truth about life after bankruptcy becomes more widely known, the deterrent value of the “ten year mistake” propaganda advertising campaign instituted by creditors will weaken.

About the Author.  Long Island Bankruptcy Attorney Craig D. Robins, Esq., [1]is a regular columnist for the Suffolk Lawyer [2], the official publication of the Suffolk County Bar Association [3]in New York. This article appear in the September 2007 of the Suffolk Lawyer. Mr. Robins is a bankruptcy lawyer who has represented thousands of consumer and business clients during the past twenty years. He has offices in Medford, Commack, Woodbury and Valley Stream. (516) 496-0800. For information about filing bankruptcy on Long Island [4], please visit his Bankruptcy web site: http://www.BankruptcyCanHelp.com [4].