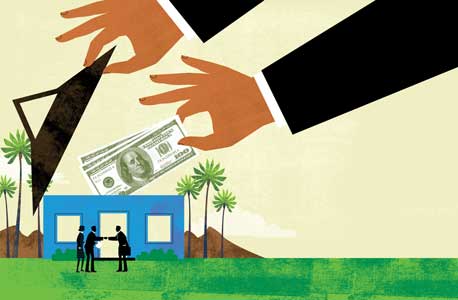 Written by Craig D. Robins, Esq.
Cuomo takes action after being besieged by consumer complaints that loan modification companies are not fulfilling promises
In a news conference this morning, New York State Attorney General Andrew Cuomo said what I have been saying for quite some time.
“In many ways, the entire industry is a scam, in my opinion,” Cuomo said.
Cuomo announced that he is suing American Modification Agency, also known as Amerimod, a Uniondale-based loan modification firm, and its owner, Salvatore Pane.  He accused the Long Island mortgage modification company of fraudulent advertising and charging illegal fees.
This news comes one week after Newsday broke a two-day cover story on foreclosure help scams in which I was quoted.  In that article, I indicated that I do not do loan modifications.  See Today’s Newsday Cover Story Is About Long Island Foreclosure Scams [1].
Cuomo is also pursuing five other Long Island mortgage modification companies: Nationwide Modification Agency in Hauppauge; Global Modifications Inc. in Ronkonkoma; Loan Modification Affiliate Exchange, or LoanMAE, in Oceanside; Hometown U.S.A. in Plainview; and CloseMore Financial Corp. in New Hyde Park.  He is also issuing subpoenas to nine other companies outside of Long Island.
The Attorney General is also pursuing a Long Island Loan Modification attorney —  Brett Margolin, Esq. for possible fraudulent practices.
.
Many of these companies claim that they have very high success rates, while the Governor says that this is not true.  He said his investigation follows complaints from homeowners across New York that loan modification companies did not fulfill promises, and often left customers deeper in debt.
Amerimod apparently pulled out all the stops to bring customers in, but hardly did anything for them once it collected their money. Phone calls went unanswered; untrained agents dissatisfied with paltry commissions resigned, leaving customers in the lurch; and homeowners received foreclosure notices despite guarantees that their homes would be saved.
Cuomo said the economic and housing downturns had allowed “unscrupulous people” to take advantage of frightened borrowers.
Be Sociable, Share!