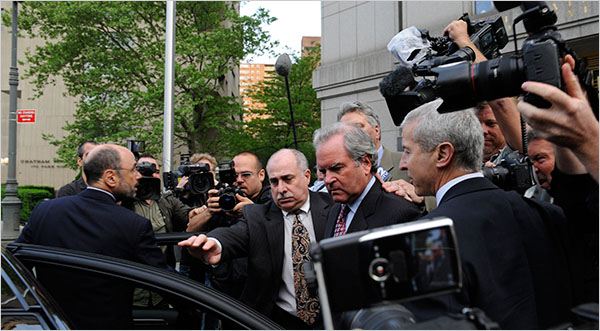 Written by Craig D. Robins, Esq.
My friend and colleague, Salvatore LaMonica, a bankruptcy attorney from Wantagh, New York, was named Chapter 7 trustee in the prominent case of a disgraced Manhattan lawyer Marc Dreier, who is accused of defrauding hedge funds of $700 million.
Dreier was recently put into involuntary Chapter 7 bankruptcy by some of his creditors. Salvatore LaMonica, who is the latest addition to the Chapter 7 panel of trustees in the Southern District of New York, was named trustee of Dreier’s personal properties.
As trustee, Sal will liquidate two of Dreier’s beachfront Southampton properties located
on 111 Dune Road, as well as the Manhattan condominium where Dreier was held under house arrest.  The properties are worth about $15 million.
Sal, a partner of Lamonica Herbst & Maniscalco, LLP, was previously a law clerk to Judge Eisenberg when the Long Island bankruptcy court had a courthouse in Westbury.
Yesterday, Drier pleaded guilty to one count of conspiracy to commit securities fraud and wire fraud, one count of money laundering, one count of securities fraud and five counts of wire fraud.  Sal discussed Drier’s personal Chapter 7 bankruptcy case with the judge in Manhattan Federal Court.
Be Sociable, Share!