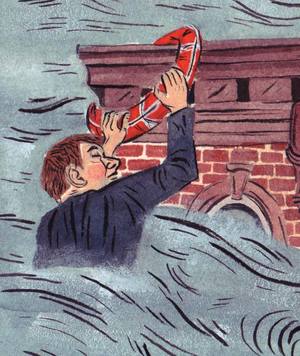 [1]In a Business Beat blog post on Newsday.com’s website, columnist Carrie Mason-Draffen interviewed Pearl Kamer, chief economist for the Long Island Association, to shed some light on how long the recession affecting Long Island will be.   Here are Ms. Kamer’s predictions for Long Island’s economy.
Recovery will take a long time.  Ms. Kamer believes that the recession will have a flat recovery, which means the recovery will be quite prolonged and extremely gradual. She believes employment will take a long time to recover, and went so far as to say that initially we may not even recognize that we are in a recovery.  The Long Island economy will most likely bottom out next year.
The Stimulus package will not be very effective.  Ms. Kamer believes that there will NOT be a lot of immediate stimulus in that package, and certainly not enough to cause a rapid route out of the recession.
The Long Island employment market will not recover quickly.  The reason is because even after the economy bottoms out, we could see continued job losses.  Employers will not resume hiring unless they see that a sustainable recovery is occurring.

Consumer spending will be slow.  Ms. Kamer suggests that consumers are very concerned about the economy and are heavily indebted. Whatever extra spending power they get from the Stimulus Package will be used to pay down existing debt, and that relatively little under the Stimulus Package will be spent.   Thus, she does not expect an immediate consumer rebound.
The Long Island housing market will take over a year to recover.  Ms. Kamer believes the Long Island market will bottom out the middle of next year and then begin to recover, but only if the government keeps its promise of helping those facing foreclosure.  She thinks Long Island real estate values will continue to decline, until it bottoms out next year.
High unemployment will affect home sales.  Mr. Kamer said that even though mortgage rates may be low, there will be a big problem with potential buyers qualifying for a mortgage based on tighter lending criteria.  This, in turn, would have the effect of stalling recovery as Long Island unemployment could rise to 10 percent by early next year.  With high unemployment there are a lot of loan defaults, which then reduces the number of potential buyers who would qualify for a conventional home mortgage.
Be Sociable, Share!