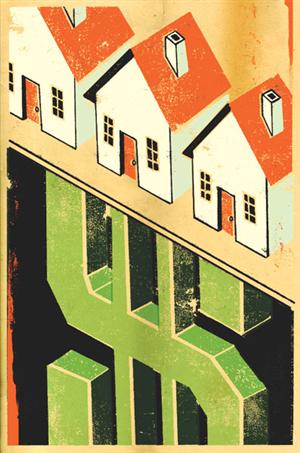 Written by Craig D. Robins, Esq.
I used to do it but I won’t any more.  I haven’t tried to negotiate a loan modification for years.  It just isn’t worth it.
Although my firm helps Long Island consumers with finding solutions to deal with mortgage arrears and foreclosure problems, we just will not do loan modifications.
The reason we won’t do it is mostly related to the concept of “securitized mortgages.”
Securitized Mortgages Make Loan Modifications Extremely Difficult
Up until the past decade or so, a typical bank would provide a traditional mortgage that it would then collect payments on.  Now, however, most banks sell their mortgages —often to an investment banker who assembles a large number of mortgages and sells interests in them to investors in the marketplace.
These mortgages which are bundled together like this are described as having been “securitized.”  They are being sold to investors as securities.
But here’s how this becomes a major problem for the homeowner.  The bank no longer has any responsibility for what happens with that mortgage after the bank sells it.  The result is that the bank’s going to be rather indifferent about whether this is a good loan or a bad loan.
The investors who bought the mortgages were never prepared to handle a great number of defaults and often don’t know what to do.  They hire mortgage servicing companies to assist, but that creates an additional layer of bureaucracy.   I have found all too often that it is almost impossible to expeditiously work out a loan modification with a securitized mortgage.
Those Who Advertise Loan Modifications Are Usually Trying to Con the Consumer
Unfortunately for consumers, that does not stop a unscrupulous companies from advertising that they can negotiate loan modifications.
I have written extensively about these con artists.  See Loan Modification Industry is a “Sham” Says Attorney General Cuomo ! [1] and Can You Trust a Mortgage Modification Company? [2]
Be Sociable, Share!