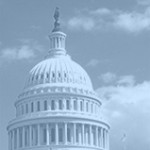 The Bankruptcy Reform Movement. For each of the past five years, there has been a movement in Congress to toughen the existing bankruptcy laws. During this time, bankruptcy filings increased from 718,000 in 1990 to an average of about 1,400,000 filings per year in each year since 1998. The bankruptcy reform movement intensified at the height of this increase in1998 when Congress apparently decided that it was time to enact new, more stringent bankruptcy laws designed to make it more difficult for consumers to file for Chapter 7 relief. The reform movement has run a very rocky course ever since.

The push for bankruptcy reform has been fueled by the banking and credit card industries who have pumped tens of millions of dollars into lobbying efforts in an effort to persuade Congress that the current bankruptcy laws had become too lenient and that a high percentage of filers were abusing the bankruptcy system because they had the ability to repay some of their debts.

In general, the bankruptcy reform movement seeks to prevent a large number of consumers from filing for Chapter 7 relief, which currently enables them to eliminate their credit card debts in full. The proposed new laws require that many of these consumers file a Chapter 13 payment plan bankruptcy instead, forcing debtors to pay off a portion of their debts over a period of time. If passed, the provisions of the new reform legislation will result in the most sweeping overhaul of the Bankruptcy Code in more than twenty years.

What Reform Means to Consumer Bankruptcy. The essence of bankruptcy reform is to require consumers to meet certain minimum standards to qualify for Chapter 7 filing. For example, a consumer debtor’s income would need to be less than the state’s median income in order to qualify for Chapter 7. Also, the new legislation would disqualify consumers from Chapter 7 eligibility if they have the ability to pay at least $10,000 or 25 percent of their debts, whichever is greater, within three to five years. Another prerequisite for filing is that the consumer get credit counseling from an approved nonprofit organization. In addition, the new laws will make more consumer credit debts nondischargeable. Finally, the proposed legislation seeks to hold debtors’ attorneys liable for their clients’ conduct. Debtors’ attorneys will become responsible for conducting a reasonable investigation into the circumstances giving rise to the filing of the bankruptcy.

Opponents of the bill have argued that it does nothing to end the abuses of banks and credit card companies that flood the mail with solicitations for easy credit and indiscriminately increase lines of credit without conducting due diligence to ascertain if the customer can afford it. Furthermore, some families deemed too rich to qualify for Chapter 7 could be too poor to afford the necessary repayment schedule in a Chapter 13. Credit card companies have also been making it too easy for college students to begin racking up debt before they even graduate. The law also imposes additional obligations on those seeking to file Chapter 13. Virtually all consumer bankruptcy attorneys and trustees are against bankruptcy reform, as are most bankruptcy judges.

Reform Efforts During the Clinton Era. President Clinton, during his administration in the 1990’s through 2000, made it clear that he was not enthusiastic about any major bankruptcy overhaul and declared that he would be hesitant to sign any new legislation.

In 1999, the House passed a bankruptcy amendment bill. The Senate then passed this bill the following year. In 2000, after both houses of Congress overwhelmingly passed the bankruptcy reform bill, Clinton vetoed it on grounds that it would hurt ordinary people and working families who fell on hard times. He did this during his final weeks in office. Generally, Republicans are solidly in favor of bankruptcy reform, while Democrats are somewhat split.Bush’s Election Appears to Make Overhaul Certain. In 2001, the reform legislation gathered a great deal of momentum in Congress and it appeared inevitable that new bankruptcy legislation would be enacted by the end of that year. With President Clinton no longer in office, a shift in the administration made it more likely that the bankruptcy laws would be overhauled, especially considering that President George W. Bush announced that he would immediately sign any new bankruptcy reform legislation that was placed on his desk. Interestingly, M.B.N.A., the nation’s largest credit card bank, was also the largest contributor to the Bush presidential election.

In the Spring of 2001, the legislation swiftly moved through Congress and the House overwhelming approved the reform bill. It appeared that the bill would become the first major piece of legislation to be signed by President Bush. The bill then got saddled in the Senate when maverick Vermont Republican Senator Jim Jeffords switched parties, effectively destroying the Republican Senate majority. This had the effect of delaying any forward movement of the bill in the Senate, especially considering that Jeffords’ jump shifted leadership of the Judiciary Committee overseeing the bankruptcy bill from a Republican to a Democrat. However, before the Senate even had an opportunity to fully address the bill, the World Trade Center fell and the Pentagon was hit.

In the wake of the terrorist attacks of September 11, 2001, bankruptcy reform legislation slipped from the Congressional agenda and again reached another stalemate. Around the time of the attacks, a formal meeting of House and Senate conferees had been scheduled, but the House Judiciary Chairman postponed the conferences indefinitely as a number of other key members who sit on the Bankruptcy Conference Committee became immersed in new critical national defense matters related to the attacks. These new Congressional priorities seemed slated to occupy Congress for some time. In addition, some committee members acknowledged that the economy was sputtering and potentially headed for a recession even before the attacks, which contributed to the decision at that time to place reform legislation on the back burner.

In 2002, Congress again appeared to come close to approving new legislation. However, our own New York Senator, Charles Schumer, sponsored an amendment aimed at stopping abortion opponents from evading subsequent fines by declaring bankruptcy. Suddenly, the entire debate on bankruptcy reform became consumed by abortion rights arguments. Perhaps Schumer did not want the proposed bankruptcy bill to become law and very cleverly threw a wrench into the cogs. The Schumer amendment caused an unusual and unlikely scenario in which mostly Republican pro-life members of the house joined forces with mostly-Democratic opponents of the bankruptcy reform bill. Together, this group was effective in bringing about a surprising defeat to the bill on the last day of an abbreviated lame-duck session closing out the 2002 Congress.

Enactment Still Possible This Year. In 2003, with Republicans again taking control of the Senate, it appeared even more likely that a new bill would emerge quickly. The Spring of 2003 saw the introduction of the Bankruptcy Abuse Prevention and Consumer Protection Act of 2003, which was essentially the same bankruptcy reform bill that the Senate passed last year, although it lacked the discharge exception for certain obligations imposed on abortion clinic protestors. The bill was quickly passed by the House. This was the seventh time in recent years that the House passed an omnibus bankruptcy reform measure. Fortunately, the Senate version of the bill has met a very uncertain future to date. However, Congress is still in session and it is still possible that the Senate can pass the bill, in which case it could quickly go through committee and then be presented to President Bush for signature. Some Senators have announced their determination to focus on the bill before the end of this year’s session. As of November 25, 2003, the House filed the 2004 omnibus appropriations bill, apparently without the bankruptcy reform act. If Congress adjourns for the end of the year without enacting the new legislation, informed sources expect to see the reform bill come back immediately in 2004.

Advising Your Client About Possible Change in the Law. Bankruptcy attorneys should recommend to their clients that they quickly take advantage of the existing laws and play it safe, rather than chance difficulty with newer laws. Although an overhaul of the Bankruptcy Code should certainly have a phase-in period of several months before becoming effective, there have been times in the past when significant changes were made to the bankruptcy laws with very little advance notice. The prudent client seeking bankruptcy relief should not wait too long. I have all my clients sign a notice advising them that the laws may change.

About the Author. Long Island Bankruptcy Attorney Craig D. Robins, Esq., [1]is a frequent columnist for the Nassau Lawyer, the official publication of the Nassau County Bar Association [2]in New York. This article appeared in the December 2003 issue of the Nassau Lawyer. Mr. Robins is a bankruptcy lawyer who has represented thousands of consumer and business clients during the past twenty years. He has offices in Medford, Commack, Woodbury and Valley Stream. (516) 496-0800. For information about filing bankruptcy on Long Island [3], please visit his Bankruptcy web site: http://www.BankruptcyCanHelp.com [3].