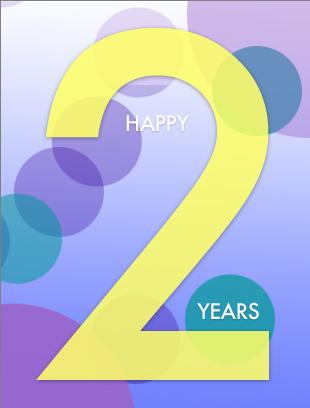 Last month I discussed topics addressed at a recent Suffolk County Bar Association seminar about consumer bankruptcy practice under the new laws, which just marked their second anniversary. In that column I primarily focused on Chapter 13 issues. This month I will highlight issues involving matrimonial settlements, reaffirmation agreements, converted cases, the new U.S. Trustee initiative against attorneys, and other matters.

More Difficult for Trustees to Void Matrimonial Settlements. Trustees are always investigating situations where a husband transfers his interest in the marital home to the wife as part of a matrimonial settlement which is approved by the matrimonial court. The husband then files for Chapter 7 bankruptcy relief and the issue becomes whether the transfer is a fraudulent transfer that the trustee can set aside. Most of the panelists acknowledged having several cases involving this issue.

Chapter 7 trustee Robert Pryor provided a detailed discussion of the Bledsoe case, 350 B.R. 513 (Bankr. D.Or. 2006) which held that a trustee has very limited rights to attack such a transfer absent actual fraud. Mr. Pryor concluded that this case, if adopted in this jurisdiction, will make it very difficult for trustees to attack matrimonial transfers that are approved by the state court.

Re-Affirmation Agreements. Prior to the Act, the law in this jurisdiction for the past decade was that a debtor did not have to reaffirm a secured debt. Mr. Pryor discussed the relatively new Oregon case of In re Bower, which held that a reaffirmation agreement entered into within 45 days of filing was valid, even though the agreement was not approved by the Court within that time period.

Means Test Deduction for Mortgage Interest Expense. Mr. Pryor discussed the U.S. Trustee’s new position that if the debtor is not paying the mortgage at the time a Chapter 7 means test is executed, then the debtor does not have the right to claim this expense as a deduction. This led to a heated panel discussion as to whether the U.S. Trustee’s position is reasonable in light of the wording of the statute. Mr. Pryor concluded that even though there is no case law in this jurisdiction yet, and contrary to the position of the U.S. Trustee, the bulk of cases which have addressed this issue permit the debtor to include the contractual mortgage payment the debtor is required to make.

The Means Test Does Not Apply in Converted Cases. There was another heated discussion as to a possible loophole in the new laws which could enable a debtor to bypass the means test. Bankruptcy practitioner Sal LaMonica suggested that if a debtor initially files a Chapter 13 petition which is then converted to one under Chapter 7, then the debtor is not obligated to file a new means test. He stated that there are three cases nationwide providing authority for this. Mr. LaMonica discussed the possibility as to whether a debtor could plan this approach in advance, to which Chapter 13 trustee Michael Macco replied that doing so would be considered bad faith.

Cases Interpreting the New Laws. After going through a lag period of well over a year since the new laws went into effect, we are finally seeing a number of appellate cases interpreting the Act. Now we are finally able to understand what the law is. It appears that the Courts are seeking to minimize the draconian impact that these laws have had.

Increased Pressure on Debtor’s Attorneys. Mr. LaMonica, who recently attended the National Conference of Bankruptcy Judges, reported that one of the hottest topics was that the U.S. Trustee’s focus will be shifting from debtors to debtors’ attorneys. Apparently, Congress had criticized the U.S. Trustee for becoming too aggressive in enforcing its Civil Enforcement Initiative. I wrote about this extensively a few years ago. The Initiative was the U.S. Trustee’s effort to weed out abusive cases.

It seems that the new emphasis will now be to go after attorneys who don’t adhere to the numerous obligations imposed on them by the new laws. Attorneys have an affirmative duty to investigate all of the information in the petition. The U.S. Trustee will bring applications seeking disgorgement of attorneys fees for failure of debtor’s counsel to exercise their due diligence. Be careful to avoid falling into the trap where the U.S. Trustee can point a finger at you.

New Laws May Conflict With Emergency Filings. Some panelists discussed whether the due diligence requirement which the 2005 Act imposes on bankruptcy counsel effectively precludes attorneys from filing emergency petitions because the attorney would not have sufficient time to investigate the facts. Mr. Macco said that attorneys have an absolute obligation, prior to filing, to verify information provided by debtors, regardless of how much or little time counsel . Chapter 7 trustee Richard Stern commented that because of this, he no longer accepts emergency filings. My personal feeling is that a debtor cannot be deprived of counsel merely because the debtor needs to file under an emergency basis. As long as counsel acts reasonably under the circumstances to investigate as much information as possible, I believe the attorney has met his initial burden under the 2005 Act. However, the attorney would then have to verify any additional information immediately after filing and make any necessary amendments. In addition, if the attorney learned that the newly discovered information rendered a Chapter 13 case unfeasible, then the attorney would have the obligation to advise the Court.

Legal Fees. Mr. Macco noted that for a period of over twenty years, up until the new laws went into effect, legal fees charged by consumer bankruptcy practitioners for typical consumer bankruptcy cases did not change. Typical fees for Chapter 7 cases during this period were between $750 to $900, and about $1,500 for Chapter 13 cases. He observed that after the new Act went into effect, the fees for Chapter 7 cases jumped to $1,500 to $2,500, and the fees for Chapter 13 cases were frequently $4,000. He indicated that he is not adverse to an attorney charging Chapter 13 fees greater than $4,000, but he requires debtor’s counsel to bring a fee application at the time of confirmation. Mr. Pryor commented that he had no problem with counsel who charge a high fee, provided that they do a good job. He noted that attorneys should be paid for the work that they do.

About the Author.  Long Island Bankruptcy Attorney Craig D. Robins, Esq., [1]is a regular columnist for the Suffolk Lawyer [2], the official publication of the Suffolk County Bar Association [3]in New York. This article appeared in the January 2008 issue of the Suffolk Lawyer. Mr. Robins is a bankruptcy lawyer who has represented thousands of consumer and business clients during the past twenty years. He has offices in Medford, Commack, Woodbury and Valley Stream. (516) 496-0800. For information about filing bankruptcy on Long Island [4], please visit his Bankruptcy web site: http://www.BankruptcyCanHelp.com [4].