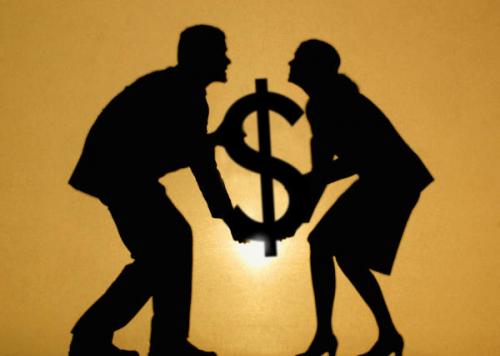 Written by Craig D. Robins, Esq.
Like the famished creatures of the forest foraging for food after the winter thaw, around this time each year Chapter 7 trustees begin their annual hunt for tax refunds.
Tax Refunds Are Not Always Exempt
Tax refunds are in the category of liquid assets which are only exempt up to $2,500 per debtor.  The amount of this exemption is relatively small and has not increased in over 20 years.  To make matters worse, a debtor cannot avail himself of the liquid assets exemption if he or she takes the homestead exemption to protect equity in a home.
.
Generally, a tax refund that is received post-petition is property of the estate if it is not exempt, and it is attributable to wages earned and withholding payments made during prepetition years.
Long Island Bankruptcy Filers Receive Large Refunds
Trustees get excited that Long Island bankruptcy filers often receive substantial tax refunds.  Since tax refunds combined with funds in the bank often exceed $2,500, and also, since many Long Island bankruptcy filers use the homestead exemption instead of the liquid assets exemption, we regularly see trustees salivating at the meeting of creditors over the prospect of administering a tax refund as an asset of the estate.
When One Spouse Files, How Do You Allocate the Tax Refund?
Here is a frequent situation that I observe at the meeting of creditors.  Only one spouse has filed for bankruptcy relief and the trustee discovers that there is a sizable post-petition tax refund.  The issue then becomes what part of the refund belongs to the debtor (which is usually not protected) and what part belongs to the non-filing spouse (which is totally protected because it is not property of the bankruptcy estate).
There Are Two Logical Approaches to Apportion a Refund
I have seen different trustees taking different approaches, often based on what was most advantageous to the trustee at the time.  However, the case law is specific as to determining the apportionment.
.
One approach is to apportion the refund equally between the two spouses, 50/50, regardless of the source of income or tax withholding.  This is rather simple and straight-forward.
The other approach is to apportion the tax refund by calculating a proportional amount: the proportion of the withholdings that the debtor contributed.
The problem with either approach is that each can yield what appears to be an unfair result.  If you use the 50/50 approach, and one spouse contributed substantially more than the other, then you get a lopsided result.  On the other hand, if you use the proportional income rule approach, and the non-filing spouse contributed very little towards withholding taxes, then the trustee winds up getting most of the refund.
Since it is hardly worth it to litigate over relatively modest sums, debtors often quickly settle and give in to the trustee’s demands.  However, knowing the law will enable you to properly plan your filing and avoid getting into a dispute with the trustee.
New York Decision Favors the 50/50 Approach
The best case to look to is In re Marciano, 372 B.R. 211 (S.D.N.Y. 2007), which clearly states that New York uses the 50/50 approach, which is the minority view.  In reaching this determination, the court stated that it had no choice but to look to matrimonial law in dividing tax refunds between husband and wife, as state law is controlling.
The court distinguished New York from those states adopting the majority view (apportionment).  These other states have different bodies of law involving property rights; New York does not have any such laws.  In New York, matrimonial law (Domestic Relations Law section 236) governs disputes over dividing tax refunds between spouses.
The Marciano court concluded that considering the fairness of each rule to (1) the debtor, (2) the non-filing spouse, (3) the creditors, and (4) the estate, adopting a presumption of equal ownership of a joint tax refund as between a debtor and non-debtor spouse is the most equitable outcome. In a continuing marital relationship, it is a fair presumption that the proceeds of the tax return would be shared equally as a joint venture.
.
One caveat: the court noted that the 50/50 rule can be rebutted under certain circumstances if the spouses can demonstrate by their present conduct or history of financial management, that there is a basis for separate ownership.
About the Author.  Long Island Bankruptcy Attorney Craig D. Robins, Esq., [1]is a regular columnist for the Suffolk Lawyer [2], the official publication of the Suffolk County Bar Association [3]in New York. This article appeared in the May 2009 issue of the Suffolk Lawyer. Mr. Robins is a bankruptcy lawyer who has represented thousands of consumer and business clients during the past twenty years. He has offices in Medford, Commack, Woodbury and Valley Stream. (516) 496-0800. For information about filing bankruptcy on Long Island [4], please visit his Bankruptcy web site: http://www.BankruptcyCanHelp.com [4].
Be Sociable, Share!