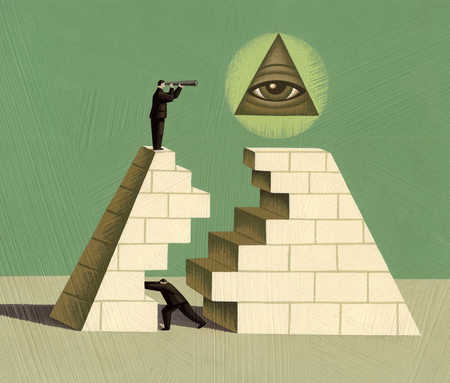 Written by Craig D. Robins, Esq.
Almost all pensions are protected in bankruptcy proceedings, whether the debtor files here in New York or in any other state
Here’s why:  In a 1992 United States Supreme Court case, the court ruled that any pension plan that is “ERISA qualified” is excluded from the bankruptcy estate.
“ERISA” is the Federal Employee Retirement Income Security Act of 1974.  Under this act, pension plans, 401-K plans, and other “ERISA-qualified plans” are specifically protected from creditors because of a prohibition from being assigned or alienated.
This means that the pension never even becomes part of the bankruptcy estate.  (The bankruptcy estate consists of  those assets owned by the debtor which the trustee can go after if the assets are not exempt).  When an asset like a pension plan is excluded from the bankruptcy estate, it remains the property of the debtor and the trustee cannot touch it.
Also, since pension plans are not part of the bankruptcy estate, you don’t even have to ascertain whether there is an exemption statute to protect it.  It is already protected.
So, simply put, an ERISA-qualified plan cannot be used to satisfy the claims of creditors in a bankruptcy proceeding and should therefore be totally protected.
How can you tell if a pension plan is ERISA-qualified?
Pension plans usually have a pamphlet of information about the plan which contains information about the plan’s tax status.  Most employers give a copy of the pamphlet at some point, but if misplaced, additional copies can usually be obtained easily.
The best assurance that a plan is ERISA-qualified is when the plan contains a copy of a favorable ruling letter from the IRS indicating that the IRS has determined that the pension plan is in compliance with the tax code and meets tax qualification requirements.  Incidentally, a plan could conceivably be considered tax-qualified even if it has not received a favorable ruling letter from the IRS, and even if it is not in compliance with the tax code, as long as the debtor is not materially responsible for its noncompliance.
One important note:  Although the pension plan may be protected, recent contributions, if very large, may not be.
Of course, making sure a pension or retirement account is ERISA-qualified and protected is extremely important.  This is one of the many things an experienced bankruptcy attorney should do, and we do this regularly with our Long Island bankruptcy clients.
Be Sociable, Share!