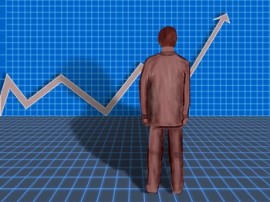 [1]Written by Craig D. Robins, Esq.
I just saw the figures that confirmed what we all knew.  There was a tremendous increase in bankruptcy filings in 2009 over 2008 according to figures just released today from the Administrative Office of the U.S. Courts.
Thus, there has been nothing to stop the flood of consumers seeking bankruptcy relief.  That certainly applies to consumers on Long Island.
In calendar year 2009 there were a total of 1,473,675 bankruptcy filings in this country.  This represents an increase of 32% over 2008, during which time there were 1,447,641 filings.
Of the 1.4 million bankruptcy cases filed last year, 96% of them were filed by consumers.
Chapter 7 Bankruptcy is Up and Chapter 13 Bankruptcy is Down
The filing statistics reveal an interesting trend.   More and more consumers are filing Chapter 7 bankruptcy as opposed to Chapter 13.  In 2008, Chapter 7 cases represented 67% of all consumer filings.  However, last year, the percentage grew to 71%.
The percentage of consumers filing under chapter 7 has increased each year since the bankruptcy laws were overhauled by BAPCPA in October 2005.
The effects of the recession and the high rate of unemployment continue to fuel the great numbers of consumers seeking bankruptcy protection.  We are now seeing the highest number of bankruptcy filings since the bankruptcy laws were changed in 2005
Figures for Eastern District of New York
In our district, for the period ending Septermber 2008, there were a total of 20,508 filings.  This broke down as follows:  16,790 Chapter 7 cases, 247 Chapter 11 cases, and 3,469 Chapter 13 cases.
Be Sociable, Share!