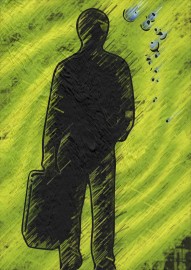 [1]Written by Craig D. Robins, Esq.
Everyone these days is Googling everyone else.  Many of my Long Island bankruptcy clients have commented to me that they have searched the internet for information about their bankruptcy judge and trustee.
People want to know about the judges and trustees they have to appear before.  Often a debtor wants to know more about their trustee after having interacted with him or her for the first time at the meeting of creditors.  Sometimes colleagues who do not regularly practice in the Central Islip Bankruptcy Court contact me to inquire about what I know of a certain judge or trustee.
And even those who regularly practice in our court are curious about the backgrounds of those they regularly appear before.  Some of my readers have suggested that I provide something along the line of biographies of those affiliated with the bankruptcy court.
I have therefore decided to post profiles of all of the key players in Central Islip Bankruptcy Matters — the trustees, the judges, and eventually, perhaps, some others.
The Central Islip Bankruptcy Court, which is one of the two bankruptcy courts in the Eastern District of New York, currently has a panel of nine chapter 7 trustees, two standing Chapter 13 trustees, and three bankruptcy judges.
I previously posted an article about Long Island Chapter 7 Bankruptcy Trustees [2] which contained a list of all of the Chapter 7 trustees that are currently on the Chapter 7 panel for the Eastern District of New York and assigned to the Central Islip Bankruptcy Court, as well as those who are no longer on the Chapter 7 panel.
Most of the information I’ll be providing is public information and readily accessible to anyone willing to spend the time to do so.  Obviously I don’t want to provide any sensitive personal information.  However, I will try to offer some of my own opinions about each trustee I profile.
In addition, with each trustee, I will also post contact info such as their office address and phone number.
The first post will be about our senior-most Chapter 7 trustee, Ken Kirschenbaum, who has a particularly colorful background.  All trustee profiles will be accessable on the page, Long Island Bankruptcy Trustee Profiles [3] , which you can get to by clicking the link.
One final thing:  lots of people Google me, too.  So here’s the link to my bio — information about Craig D. Robins, Esq., Long Island Bankruptcy Attorney [4].
Be Sociable, Share!