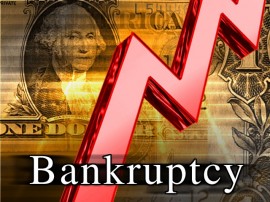 [1]Written by Craig D. Robins, Esq.
Although Bankruptcy Filings May Be Down, Still More Than a Million Consumers Filed This Year
Any way you look at it there are a tremendous number of American consumers filing for bankruptcy right now.
Recent figures show that about one million consumers filed for bankruptcy relief in just the first nine months this year.  That’s a lot of consumers getting a fresh new financial start.
However, this number is slightly lower compared with the number of filers from the same period last year when there were 1.1 million bankruptcy filings.
Long Island Bankruptcy Filings Have Decreased Very Little
Here, in the Eastern District of New York, there were 15,882 bankruptcy filings in the first eight months of last year.  Yet, so far this year, there have been 15,607 bankruptcy filings.
In my Long Island bankruptcy law practice, we are still extremely busy, but I’ve noticed a slight drop in the number of cases we’ve been filing the past few months.
Do Fewer Bankruptcy Filings Mean the Economy Is Improving?
Unfortunately, the answer is no.  We are still in the midst of an economic slump.  It appears that many consumers are merely putting off the inevitable.
I have come up with seven reasons why bankruptcy filings have decreased.
Why Have the Number of Bankruptcy Filings Dropped Slightly From Last Year?
1.    As a result of the recession consumers are tightening their wallets and pocketbooks and spending less.  Data from a recent Gallup poll revealed that consumers were spending significantly less per month in stores than they were previously.  Consequently, they may be charging less and getting into less debt.
As Federal Reserve Chairman Ben Barnake commented before Congress this week, consumer behavior both reflects and contributes to the slow pace of recovery.
2.    Banks have tightened their lending criteria these past two years.  For years, banks gave out credit cards  like crazy to consumers.  It used to be that you asked for a credit card and you got one.  Banks would give our credit cards with a reckless disregard for the consumer’s ability to pay.  However, with banks tightening credit, there are fewer credit card accounts that consumers are defaulting on.
3.    Many consumers who have been victims of the recession have already filed for bankruptcy relief in the past two years.  During this time, there were about three million bankruptcy filings.
4.    Some consumers who have really hit bottom are having difficulty coming up with the bankruptcy legal fees and filing fees — a cost that has increased greatly since Congress changed the bankruptcy laws six years ago.
Bankruptcy filings sometimes increase as a recession is ending since consumers who have been out of work have finally gotten new jobs and now want to get their finances in order.  Bankruptcy provides a fresh new financial start that can go hand-in-hand with a new job.
5.    For a good part of the past year, mortgage lenders put the brakes on the foreclosure process, which was rampant with defective foreclosure suits and shoddy work done by foreclosure law firms.  As a result, there have been fewer foreclosures and hence fewer bankruptcy filings to stop them.  For example, New Forelosure Law in New York Requires Attorneys to Verify Foreclosure Papers [2].
However, now that mortgage lenders have begun getting their papers in order, we are in for a new round of foreclosures, which will certainly lead to an increase in real-estate-related bankruptcy filings.
6.    Many consumers previously filed for Chapter 7 bankruptcy relief during the past decade.  Under the current bankruptcy laws, a consumer must wait eight years from the date of a previous Chapter 7 filing before being eligible to file for Chapter 7 relief again.  see Filing Second Bankruptcy is Simple as 2 – 4 – 6 – 8 [3].
There were about ten million filings during the past years which is a lot of consumers who are ineligible right now to file for Chapter 7 bankruptcy relief, even if they need to.  I have many clients who wait it out until they are able to file again.
7.    The government has extended the period of unemployment benefits.  Consumers often exhaust all of their other remedies before seeking bankruptcy relief, even when it is not in their best interest to do so.  However, when the benefits run out, bankruptcy often becomes a necessity.
The Decrease in Bankruptcy Filings Is No Surprise
In January of this year I wrote that Professor Bob Lawless of the University of Illinois College of Law predicted that bankruptcy filings may decrease slightly this year.  See:  A Million and a Half Bankruptcy Filings in 2011?  [4]  As it turned out, he was right.
Be Sociable, Share!