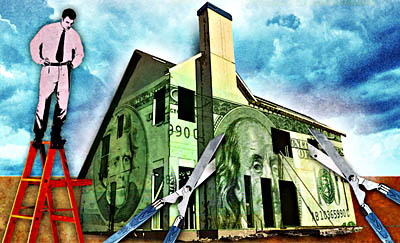 This legislation has moved closer to becoming reality, but still faces a major hurdle in the U.S. Senate.

Now, the Senate must vote in favor of the same legislation, which is pending as S. 61. Our own New York Senator, Chuck Schumer [3], has been instrumental in pushing this bill. However, we are seeing that the Senate can be a very challenging environment. The bill is facing fierce opposition from Republicans and the banking industry.

The rules of the Senate require 60 votes to get a bill considered on the Senate floor. This has not yet been met. It appears that there are currently various conversations taking place among Senate members and with various industry groups that oppose S. 61 in its current form, to see if there is some consensus that can be reached that addresses concerns without eviscerating the effectiveness of the remedy.

Hopefully the proposed bankruptcy cram-down legislation will move forward which will have the effect of helping many Long Island homeowners with their options in Chapter 13 bankruptcy cases. I will keep you posted.