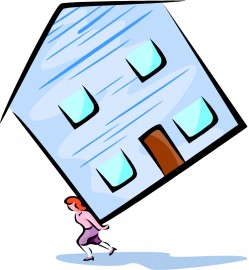 Over the past several years, the Baum law firm has become one of the largest foreclosure factories in the country, representing dozens of banks in foreclosure cases.

Last year they filed a staggering 12,551 foreclosure lawsuits, which comes out to about 50 a day.  Many of the foreclosure cases we defend for our Long Island clients were brought by Steven J. Baum, P.C.

It seems that as foreclosure firms expand and become literal foreclosure factories, they tend to do sloppy work and make frequent mistakes.

There have been a multitude of complaints against the Baum law firm.  Here are some complaints as revealed in a recent New York Post article:

Blanca Garcia filed for bankruptcy In the White Plains Bankruptcy Court.  Baum’s firm filed papers claiming Garcia was in arrears.  However, Garcia demonstrated that she actually made payments and showed the court her receipts which had not been credited to her account.  Even though Garcia’s bankruptcy attorney provided this proof of payment, Baum’s firm still ignored the receipts and sent an attorney to bankruptcy court to argue that the mortgage was in arrears.

Creating Questionable Assignments
I’ve written extensively about mortgage companies that bring foreclosure proceedings when then they do not have proper legal standing to do so.  See Many New York Foreclosure Suits Are Dismissed Because They Are Defective [2].  Here, the Baum firm has brought numerous actions when their mortgage clients failed to have proper legal standing.    See also:  Mortgage Companies Entitlement to Bring Foreclosure Proceedings: Prove It or Lose It [3] .

Judge Jeffrey Arlen Spinner, sitting in Suffolk County judge took it upon himself to investigate a filing by Baum’s firm when it attempted to foreclose on the home of Gloria E. Marsh. “A careful review,” the judge wrote in a four-page order, “reveals a number of glaring discrepancies and unexplained issues of substance.”

Judge Spinner determined that the Baum law firm filed the action before the date it claimed its client took ownership of the mortgage  To see a copy of the decision, click:  GMAC Mortgage v. Marsh — Decision of Judge Spinner Denying Order of Reference.
For another highly publicized decision written by Judge Spinner, see:   Judge Cancels Mortgage Due to Mortgagee’s Shocking Behavior in Long Island Foreclosure Action [4].
Filing Botched Assignment Papers
In the bankruptcy of Matthew Austin, Baum’s firm tried to prove that its client owned the mortgage to Austin’s house by filing an assignment of that mortgage from a Florida company signed by an executive of that company — but it was notarized in Buffalo, NY.
“To the extent assignor flew to upstate New York to appear before a notary in the law offices of Steven J. Baum, PC, defies all logic,” the lawyer said in court papers. “Clearly this is a manufactured document intended to defraud the Court.”
Improper Conduct in Bankruptcy Court
Earlier this year, a New York Bankruptcy Court judge said he has “probably cause” to believe that lawyers for the Baum law firm acted inappropriately.
What Can You Do If You Are In Foreclosure?
In assisting clients with Long Island mortgage foreclosure defense, we routinely come across situations where the paperwork submitted by the foreclosing bank is not in order.
However homeowners have rights afforded by the law.  A bank cannot foreclose unless they do it the right way and all of their papers were prepared properly.  If they are not, then the homeowner has a meritorious defense to the foreclosure action.
Even if the bank eventually corrects the problems, a homeowner can usually add many additional months or years to the time that they can stay in their home.  It therefore pays to meet with an experienced Long Island foreclosure defense attorney [5].
Who Is Steven J. Baum?
Mr. Baum, only 41 years old, took over his father’s sleepy Buffalo law practice several years ago, moved it to Amherst, New York, and then super-sized it with a 500 employees — truly making it into a factory.
He also started his own legal document processing company — Pillar Processing.
Who Are Baum’s Clients?
The list goes on and on.  Bank of America, Chase, Wells Fargo, HSBC, US Bank, GMAC Mortgage, Deutsche Bank, Sovereign Bank, Citibank, OneWest, M&T Bank, Bank of New York Mellon, to name just a dozen, according to court records.
Where In New York Are Baum’s Foreclosure Actions Filed?
Steven J. Baum’s law firm filed 12,551 foreclosure actions in the New York area last year.
Long Island
Nassau 2,210
Suffolk 3,083
New York City Boroughs
Queens 2,231
Brooklyn 1,592
Staten Island 692
Bronx 678
Manhattan 119
Upstate Suburbs
Westchester 796
Rockland 444
Orange 706
Totals: 12,551 or 241/week or 48/day
That’s a lot of foreclosures!
Be Sociable, Share!