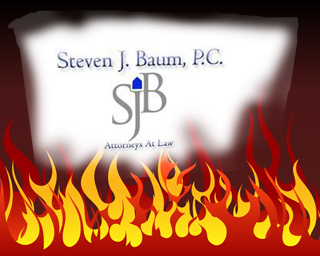 Steven J. Baum is in the Fire

In March 2010, I wrote a rather detailed review of the Baum law firm as they had gained a significant amount of notoriety for not only being the largest foreclosure firm in New York but also the one most plagued by allegations of foreclosure misconduct.  See Has Steven J. Baum, P.C. Served You with Foreclosure Papers?  [2]
I then provided an update with my second post about Baum in which I compared Baum, as the Foreclosure King of New York, with David J. Stern, a former foreclosure king in Florida who tumbled from grace amid robo-signing scandal.  See:  Is Steven J. Baum, the Foreclosure King of New York, Worth $50 Million? [3]
Update on the Baum Firm — Foreclosure Mill Extraordinaire
In this post I will now provide you with an additional update on some of the ongoing trials and tribulations of the Steven J. Baum foreclosure mill.
If you have been served by Baum in a foreclosure case, are in the process of litigating against that firm, or are simply intrigued, as I am, about this monster of a foreclosure factory, then read on.
In a nutshell, the firm has preserved its reputation for engaging in shoddy and improper foreclosure litigation as indicated in a host of court opinions, lawsuits and investigations.
Since my prior post about the Steven J. Baum firm [2], Baum has been hit with two federal class action suits, he has been sanctioned, and a Long Island judge described his conduct as “out of the Twilight Zone.”

[4]I Succeed In Getting Baum Foreclosure Dismissed — and Case is Discussed in New York Times Cover Story
I was also successful in having the Suffolk County Supreme Court toss out a foreclosure case that Baum had brought against one of my clients and this was just reported in the New York Times:  Craig Robins Mentioned in New York Times Cover Story About Sloppy Foreclosure Lawyers Who Represent Lenders [5].
In that case, Baum represented mortgagee Wells Fargo, who it turned out failed to have standing to bring the case in the first place.
The Campbell v. Baum Class Action Suit
In August, a federal class action suit was filed against the Baum firm alleging that tens of thousands of New York State homeowners were victims of foreclosure fraud orchestrated by the Baum law firm.
The case, Connie Campbell v. Steven Baum, MERSCORP, Inc., et. al., is pending here in the Eastern District of New York.  The case alleges that the Baum firm engaged in a bevy of improprieties worthy of being sued under RICO [6], which is the federal criminal statute designed to permit the authorities to punish members engaged in organized criminal enterprises.
The RICO statute also permits victims of organized crime to seek redress in a civil suit for acts that are orchestrated as part of a criminal enterprise.   This class action involves that type of civil suit.  RICO’s original intended use was to prosecute the Mafia.
MERS Allegations Are a Chief Component of the Campbell Class Action Suit
In the suit, Ms. Campbell, who lost her Brooklyn home in a foreclosure proceeding that the Baum firm had brought, alleged that the foreclosure filings were false.
She claimed that Baum sued her, claiming that HSBC was the owner of the mortgage.  Yet, Ms. Campbell asserts that the loan was never assigned to HSBC, but instead, was assigned to MERS.
MERS is a very controversial, privately-held electronic registry that does not really own a mortgage, but tracks servicing rights and ownership.
I previously wrote about special defenses that a homeowner can assert to defend a foreclosure action involving a MERS mortgage.  See:  A New Powerful Mortgage Foreclosure Defense — Compliments of MERS [7].
In essence, Ms. Campbell alleged that any MERS mortgagee does not have standing to sue, and the Baum firm was complicit in bringing improper foreclosure suits.
She also alleged that the Baum firm was in cahoots with MERS with the robo-signing of various foreclosure documents.
Current Status of the Campbell v. Baum Class Action Suit
Since New York City attorney Susan Chana Lask commenced the suit in August, 2010, she amended it twice.  You can see a copy of the Second Amended Campbell v. Baum Class Action Complaint [8].   The case is Campbell v. Baum, 10-cv-3800.
Since the class action started half a year ago the parties have been bitterly bickering about exchanging documents and information in the discovery phase of the suit.  This has resulted in Ms. Lask having to make a number of applications seeking to have the court determine that Baum’s discovery requests were unreasonably burdensome.
In other words, she has claimed that Baum is papering her to death — a grossly unfair tactic that is used to abusively smother and sidetrack an opponent while draining their resources by serving an excess of papers and demands, thereby creating unnecessary legal work.  But looking at Baum’s less-than-stellar history, perhaps that could have been expected.
Baum also engaged in what many believe to be the dirtiest of dirty pool — he counter-sued Ms. Lask, claiming he defamed her by discussing the suit.  Yet, in interviews that she gave to the press, she insisted that everything she said was true, based on various court decisions against Baum.
Another Baum Class Action Suit:  Menashe v. Baum
More than one attorney believes Baum has violated the rights of many.  Baum must now defend against another class action suit that is now pending in the Central Islip Courthouse of the U.S. District Court for the Eastern District of New York.
In November 2010, Jacob Manashe filed a class action against the Baum firm, alleging that Baum was illegally charging homeowners for attending settlement conferences.
This case is Menashe v. Steven J. Baum P.C., 10-cv-5155.  The attorney for that case is New York City attorney Randall S. Newman.
Mr. Newman sent me a copy of the complaint which you can view for yourselves.  Click Menashe v. Baum federal class action complaint [9].
Baum Fined and Sanctioned in Nassau County Case Containing 50% Falsities
It seems that New York courts regularly criticize the Baum firm for shoddy, sloppy and problematic foreclosure practices.  Last year, Baum’s firm foreclosed on a Garden City home owned by Pal Raia.
After Baum succeeded in conducting a foreclosure sale, he sought to evict the homeowner.    However, Baum neglected to properly identify the mortgagee owner that took over the property.
Nassau County District Court Judge Scott Fairgrieve dismissed the proceeding in November 2010, stating, “Falsities were contained in five paragraphs out of only ten paragraphs in the entire petition.”
In this case, Baum’s firm was ordered to pay about $15,000 in legal fees and costs, on top of a $5,000 fine.
Baum Investigated for Overcharging
I’ve read reports that the Baum firm is being investigated by New York’s Attorney General for overcharging, filing false documents and representing parties on both sides of a mortgage transfer. 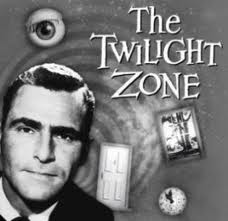 [10]The Judge Schack Attack Against Baum — Not Only in the Twilight Zone
Arthur M. Schack, a New York State Supreme Court Judge sitting in Brooklyn, has been especially vocal with his criticisms of the Baum firm.
In one case he called the firm’s explanations “so incredible, outrageous, ludicrous and disingenuous that they should have been authored by the late Rod Serling,” referring of course to the old, black & white classic TV show, theTwilight Zone (which I have recently been watching on the Syfy channel) about science fiction and the supernatural.
That case involved another improper mortgage assignment.  Judge Shack stated, “Steven J. Baum PC appears to be operating in a parallel mortgage universe, unrelated to the real universe.”
Judge Schack, writing in a manner that makes reading his decisions a fun and enjoyable exercise, continues, “Rod Serling’s opening narration, to episodes in the 1961 – 1962 season of The Twilight Zone, could have been an introduction to the arguments presented in support of the instant motion by plaintiff’s counsel, Steven J. Baum, P.C. – ‘You are traveling through another dimension, a dimension not only of sight and sound but of mind. A journey into a wondrous land of imagination. Next stop, the Twilight Zone.'”
Read Judge Schack’s Twilight Zone case for yourself:  HSBC Bank USA, N.A. v. Yeasmin, 2010 NY Slip Op 50927(U) [11]. 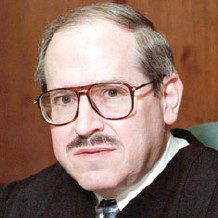 [12]In Another Case, Judge Schack Accuses Baum of Engaging in a Conflict of Interest
In a foreclosure case last year pending in the Kings County Supreme Court, Judge Schack admonished Baum for representing two parties in the same action, which is a conflict of interest.
In the case, Lasalle Bank, N.A. v. Smith, Judge Schack denied the mortgagee’s motion for a judgment of foreclosure that the Baum firm had brought on the ground that they failed to provide an affidavit of facts executed by an officer of the mortgagee who had knowledge of the facts.
However, Schack also criticized the Baum firm for simultaneously representing both first and second mortgagees in violation of 22 NYCRR 1200.24 of the Disciplinary Rules of the Code of Professional Conduct since Baum was unable to demonstrate that his clients consented to such representation after full disclosure of the risks involved.  The slip opinion was rendered on March 22, 2010.
Baum in Litigated Divorce Proceeding with Spouse
Upon searching for various Baum foreclosure cases, one other interesting case turned up:  Baum v. Baum.
It appears that Baum is involved in a heavily litigated divorce case pending in upstate New York before Judge John O’Donnell who recently ordered Baum to pay pendente lite support.
More About Baum to Come
I’ve also prepared a rather lengthy and detailed list of various decisions that New York judges have issued in various Baum foreclosure cases, most of which have highlighted various irregularities and sloppy conduct on the part of the Baum firm.
I am hoping to assemble that for a future blog post.
This Post About Steven J. Baum Is Merely a Follow-Up — See My Prior Posts for Lots More on Baum’s Bumbling
If you think the above is something, you must see my first Baum Post from 2010 About the Stephen J. Baum Foreclosure Mill [2].
Also see my second  Baum post:  Is Steven J. Baum, the Foreclosure King of New York, Worth $50 Million?  [3].
Be Sociable, Share!