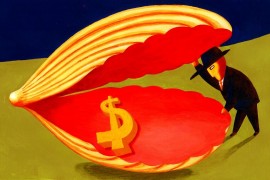 [1]Written by Craig D. Robins, Esq.
With so many consumers hurting from the economy, they are often tempted to run to their retirement funds first, as soon as the money runs out, so that they can pay the mortgage or their credit card bills.  However, this is often a major mistake.
Fidelity Investments, the powerhouse mutual fund company, recently reported that 11% of its active 401-K plan participants borrowed or withdrew funds from their retirement accounts during a recent twelve-month period.  This is up nine percent from a year ago, and represents a ten-year high.  Also, the amounts withdrawn are almost triple what they were last year.
The biggest reason consumers give for tapping into their retirement accounts is job loss and reduction of income.  However, many consumers are spread very thin financially and simply do not have sufficient funds to make ends meet.  It is thus quite tempting to dip into the retirement accounts.
Why Using Retirement Funds to Pay Credit Card Debt Can Be a Major Mistake
First, you lose a lot of the value of what you are taking out.  This is because there is a 10 percent IRS tax penalty and also because the funds are taxed as ordinary income.
But here is how you can protect your retirement accounts.  Many individuals can discharge and eliminate credit card debt by filing for Chapter 7 bankruptcy [2].  If you can do this, you do not need to waste your precious retirement funds.  Some people feel opposed to filing for bankruptcy relief but this can often be the best option to preserve your retirement nest egg.
Instead of writing off bankruptcy as on option, you should consider meeting with an experienced Long Island bankruptcy attorney [3] who can discuss exactly how a bankruptcy filing could benefit you and help you safeguard the retirement funds.
Generally all retirement funds are exempt and protected by federal statutes such as ERISA [4] or state statutes that permit consumers to exempt retirement funds even though they eliminate their debts in bankruptcy.
Be Sociable, Share!