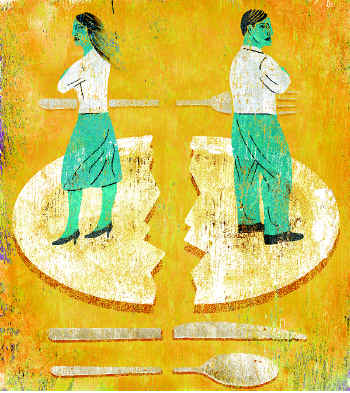 1. The Basic Premise Still Exists: Maintenance and Support Are Not Dischargeable. The Bankruptcy Code excepts from discharge, maintenance or support payments owed to a spouse, former spouse or child of the debtor, in connection with a separation agreement, divorce decree, court order, administrative determination, or property settlement. Section 523(a)(5).

2. The Other Basic Premise, that Equitable Distribution is Not Dischargeable, Has Changed. Prior to October 1994, when the Bankruptcy Code received a major overhaul, it was easy for attorneys to advise clients: Maintenance and support were dischargeable; equitable distribution was not. However, the 1994 Bankruptcy Amendment Act changed that with the introduction of a new provision, section 523(a)(15), which makes equitable distribution “potentially” non-dischargeable.

If you ask attorneys who primarily represent wives, they would say that this section was added to protect innocent spouses, who, during the marriage, relied on their husbands for their economic well being. However, if you ask counsel who often represent husbands, they would argue that the new law was passed to ensure that bankruptcy lawyers are fully employed and that bitter wives be given one last whack at their husbands, in the court of last resort.

4. The Bankruptcy Court Shares Concurrent Jurisdiction. Although the bankruptcy court has exclusive jurisdiction of the two-prong test of section 523(a)(15), it shares concurrent jurisdiction with the state court on section 523(a)(5) issues concerning whether a debt is non-dischargeable because it is support or maintenance.

6. Bankruptcy Judges and State Court Judges Have Different Objectives. You should also be aware that bankruptcy judges theoretically may favor the debtor since the policy of bankruptcy is to offer a debtor the opportunity for a fresh new financial start. Meanwhile, matrimonial judges may be more likely to favor the aggrieved spouse as the state has a public policy of protecting innocent spouses.

7. The Burden of Proof is on the Aggrieved Spouse. A general rule of law about objecting to discharge is that the aggrieved spouse creditor carries the burden of proof that the debt is non-dischargeable.

8. Settlement Agreements and Divorce Decrees Are Not Always Binding. Settlement agreements and divorce decrees usually designate debts as either support and maintenance, or equitable distribution. However, such designations are not binding and the bankruptcy court can look beyond such language to determine the true nature of the debt. There is a large body of case law that explores those factors that the court should consider.

9. Attorneys’ Fees Are Usually Non-dischargeable. Income-providing husbands are often ordered to pay the attorneys’ fees of their spouses. However, when a husband files for bankruptcy, such attorney’s fees are usually found to be in the nature of support, and thus, non-dischargeable (unless a successful adversary proceeding is brought regarding the two-prong test under section 523(a)(15)).

10. Know When To Consult With Bankruptcy Counsel. There are many bankruptcy traps for the unwary matrimonial attorney. Consider conferring with a bankruptcy attorney experienced in bankruptcy-matrimonial issues.

Long Island Bankruptcy Attorney Craig D. Robins, Esq., [1]is a frequent columnist for the Nassau Lawyer, the official publication of the Nassau County Bar Association [2]in New York. This article appeared in the February 2005 issue of the Nassau Lawyer. Mr. Robins is a bankruptcy lawyer who has represented thousands of consumer and business clients during the past twenty years. He has offices in Medford, Commack, Woodbury and Valley Stream. (516) 496-0800. For information about filing bankruptcy on Long Island [3], please visit his Bankruptcy web site: http://www.BankruptcyCanHelp.com [3].