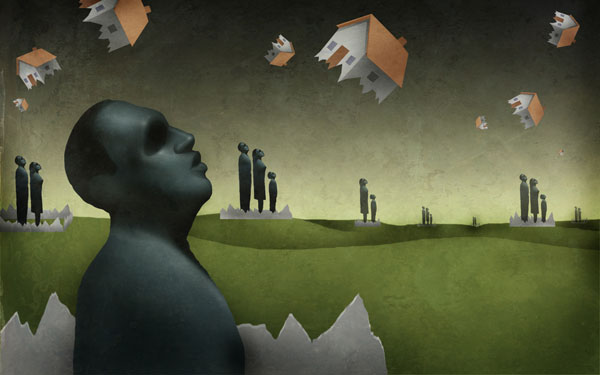 It almost seems too good to be true. You respond to a fancy-looking ad promising to substantially reduce your monthly mortgage payment. All you have to do is pay a few thousand dollars up front to a mortgage modification company. If you fell for this you were probably scammed.

Homeowners who have fallen behind with their mortgage payments are in a very vulnerable position, desperate to find a way out of their financial predicament.  They become easy prey for scammers trying to take advantage of them.

A number of disreputable mortgage modification consultants have sprung up.  These illegitimate companies often have official-sounding names to make homeowners think that they are taking advantage of President Obama’s efforts to help borrowers modify or refinance their mortgages. See my post: “President Obama Announces Foreclosure Remedy [1]”

Most Loan Modification Companies are Fraudulent

However, such operations are often fraudulent, and help is available for free from government-approved housing counselors. The loan modification companies usually charge excessive amounts of money for assistance that they promise but do not deliver.

“These predatory scams callously rob Americans of their savings and potentially their homes,” Treasury Secretary Timothy Geithner said last week. “We will shut down fraudulent companies more quickly than before. We will target companies that otherwise would have gone unnoticed under the radar.”

Homeowners Are More Vulnerable During a Recession

Con artists will always take advantage of vulnerable people, and the recession has certainly created its share of vulnerable consumers who are barely coping with making their mortgage payments.

Over the past year, homeowners have been flooding state attorneys general with complaints about loan modification consultants. While some may be legitimate, authorities say many are con artists.

With Long Island and the nation facing a harsh real estate slump, many brokers and others who were in the real estate business are out of work. Some of the more unscrupulous ones have quickly become supposed loan modification experts, virtually overnight.

In my Long Island bankruptcy practice, I frequently represent homeowners in Chapter 13 bankruptcy cases who had been taken advantage of by a loan modification company prior to coming to my office. These clients usually tell me that they were promised the moon, but after they paid the loan modification company several thousand dollars, they hardly heard from them again.

Homeowners relying on the advice of a loan modification consultant must be extremely careful as they can end up losing their homes if they get so far behind that it becomes impossible to resolve the mortgage arrears.

Lenders Are to Blame for Part of the Problem

The Obama administration, during the past two months, in an effort to alleviate the nation’s mortgage crisis, urged mortgage companies to renegotiate loan payments, and many of them have offered to do so. However, this strategy is failing.

The unfortunate truth is that most mortgage lenders are not cooperating with providing loan modifications. I, myself, have long given up trying to help clients with mortgage modifications. Lenders simply will not take responsibility for cutting loan payments. Efforts to do so are frustrating and fruitless. It is very rare that a lender will agree to a loan modification.

As a result, using a loan modification firm often means paying several thousand dollars for them to make a simple phone call, to which the answer will predictably be “no.”

Thus, a large part of the problem is caused by uncooperative mortgage lenders who would rather foreclose on consumers’ homesw, than take responsibility for lowering interest rates, forgiving principal or reducing monthly payments.

On Long Island, Chapter 13 Bankruptcy is Often the Most Viable Solution

Homeowners have to be realistic about the slim prospects for successfully obtaining a loan modification. If the homeowner has fallen behind with their mortgage payments, a Chapter 13 payment plan bankruptcy will usually enable a family with sufficient income to stop foreclosure and pay back their arrears over a five year period.

What Else Should Consumers Do?

Homeowners should NEVER pay any up-front fees to loan modification companies and should avoid any high-pressure sales tactics. New York law provides that fees may only be collected AFTER services are completed.  However, this does not stop many scammers from trying to take your money in violation of the law.

Homeowners should first try talking to their lenders or a lawyer before contracting with any third-party company for rescue or modification services.

If a homeowner believes that he or she has been taken advantage of by a disreputable mortgage modification company, he or she should contact the New York State Attorney General’s Office.