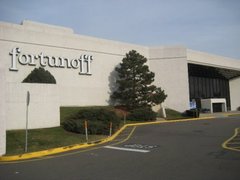 Fortunoff, one of Long Island’s most established retailers, with a main store in Westbury, just filed for Chapter 11 bankruptcy relief on February 4, 2009.

As the recession and economic downturn impacts the Long Island economy, we will see more and more consumers and retail establishments seeking bankruptcy relief in this harsh financial environment. It appears that hard-pressed consumers are curbing discretionary spending as they worry about slumping home prices, recession worries, tight credit, and dwindling retirement accounts.

The Westbury store is one block away from where the Westury bankruptcy court was located before it moved to Central Islip.

This is not Fortunoff’s first Chapter 11 filing. They previously filed for bankruptcy protection in February 2008 when, pinched by the housing downturn, they were unable to borrow money to meet expenses.

The chain, which has 1,700 employees, exited bankruptcy when it was sold last year to NRDC Equity Partners, the owner of Lord & Taylor department stores.