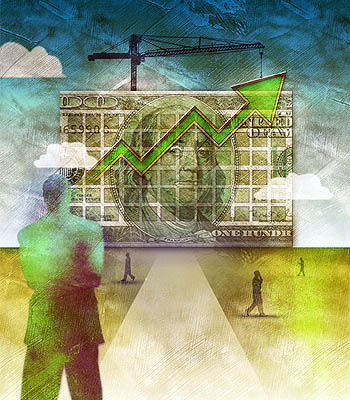 Previously, in the first two parts of this three-part series, I compared chapter 11 with other chapters and discussed when chapter 11 should be utilized, how the chapter 11 attorney works, and what happens upon filing. I also reviewed some initial procedural issues, the debtor’s chapter 11 obligations, and chapter 11 motions practice. This month I will conclude the series with a discussion of claims and confirmation of the plan.

Bar Date. Proofs of claim must be filed with the court prior to a bar date which is set by the court. The debtor is responsible for bringing a motion to set the bar date. Notice of the bar date is then served on all creditors who then receive about 30 to 90 days to file their proofs of claim. If a debtor lists a potential debt as disputed and the creditor fails to file a claim by the bar date, the claim will be declared invalid.

Objections to Claims. If the debtor determines that a proof of claim is improper it may bring a motion objecting to allowance of the claim. This is a frequently used motion which sometimes results in extended litigation. However, such litigation in the Bankruptcy Court is usually concluded in a matter of months, whereas the same litigation would have taken years in a New York State Supreme Court.

The Chapter 11 Plan. The objective in a chapter 11 proceeding is to propose and confirm a plan of reorganization that will provide how each classification of creditor will be paid. In most small business bankruptcies, the plan is filed six to twelve months after the bankruptcy’s inception. Although the Bankruptcy Code permits a creditor to file a plan if the debtor fails to do so during the first 120 days, this is rarely done with small business bankruptcies.

The plan may also provide for the rejection of executory contracts, the sale of some or all of the debtor’s assets, and the reinstatement or curing of any default. The content of the plan is limited only by the ingenuity and relative bargaining power of the debtor and its creditors, and plans are often amended. Most plans provide for payment of claims over a period of three to six years.

Liquidation Plans. Although most small businesses hope to continue operation of their business, continued post-petition operating losses may render reorganization unfeasible. One way to maintain control over the sale of the corporate assets is to propose a liquidation plan whereby the debtor, rather than a court-appointed trustee, supervises the sale of all of the assets.

The Disclosure Statement. This is an extensive document prepared in conjunction with the plan which discloses to creditors sufficient information about the debtor and the proposed plan to enable them to make an informed decision on whether to accept or reject it. In order to adequately inform creditors, the disclosure statement should provide a history of the company, an explanation of the financial problems which led to bankruptcy, a discussion of steps the debtor took to improve its financial integrity, and a projection of what the debtor intends to accomplish in the future. A financial statement must also be included. The disclosure statement must be written in clear, easy-to-understand layman language and it must be approved by the court upon motion before it is distributed to creditors. The disclosure statement is often likened to an offering plan or prospectus. Usually, the United States Trustee takes an active role in reviewing the sufficiency of this document.

Claim Priorities. Most bankruptcy estates lack sufficient funds to pay all claims in full. Therefore, the priority of the claim will determine what claims are paid first. The highest level of priority is the super priority claim which is reserved for lenders who loaned money to the debtor after the bankruptcy was filed and who received such a priority after court approval.

Fully-secured Claims. A security interest creates a first right to payment from the proceeds of a sale of the secured property. Payment of secured claims take precedence over payment of priority claims to the extent of the security interest. A secured claim must be paid in full, and if payment is spread out over time, the creditor is entitled to receive interest. Judgments are not secured claims unless they attached to real estate prior to the filing of the bankruptcy. Each secured claim is usually unique in its terms and treatment of collateral, and therefore such claims usually form their own class.

Partially-secured Claims. If the amount of a secured claim exceeds the value of the collateral, the creditor is only partially secured. Such creditors have two claims: One secured (in an amount equal to the value of the collateral), and one unsecured (the balance). However, a partially-secured creditor has the right to elect to be treated as fully secured.

Unsecured Claims. All other claims are unsecured and must be paid at least what they would have received had the debtor been liquidated under chapter 7. Payments on such claims are usually spread over a period of years even though the total amount of payments add up to only five or ten cents on the dollar.

Debts Owed to Shareholders. Unfortunately for the owners of the company, their loans to the business are subordinated to trade creditors. Consequently, the shareholders are not entitled to payment through the plan unless the unsecured creditors receive payment in full. Fortunately, though, most plans leave the shareholders with their ownership interests intact.

Creditors Eligible to Vote. Only those creditors whose claims are impaired are eligible to vote on the acceptance or rejection of the plan. Unimpaired classes of claims are presumed to have accepted the plan and classes of claims receiving nothing under the plan are presumed to have rejected the plan. In addition, only creditors’ claims that are allowed by the court are allowed to vote.

Voting on The Plan. Once the court approves the disclosure statement, it is then served on eligible creditors together with the plan of reorganization. In addition, the debtor also serves a ballot for accepting or rejecting the plan, and a notice advising when the ballots must be filed, as well as the date of the hearing at which time the court will consider whether to confirm the plan. No one can solicit acceptances or rejections of the plan until the disclosure statement is approved. If a creditors’ committee was formed, the debtor will negotiate the terms of the plan with them.

Acceptance of The Plan. The plan of reorganization must be accepted by one class of impaired creditors holding at least two-thirds of the dollar amount of claims, and one-half of the total number of allowed claims. Only those votes that are cast are counted.

Confirmation. Even after the creditors have accepted a plan, it must still be confirmed by the court before the plan can become binding. After giving the creditors approximately one month notice, the debtor will request a confirmation hearing before the judge to “confirm” that the plan has received the requisite number of votes and that it otherwise conforms to the legal requirements for final approval by the court. For example, the court must determine that the plan was proposed in good faith. The regular method of confirmation requires that every impaired class accept the plan.

Effect of Confirmation. Once the plan is confirmed, the debtor is considered as having successfully emerged from bankruptcy. The confirmed plan becomes binding on the debtor and its creditors, and acts to discharge all debts listed in the plan. The Bankruptcy Court retains some control over the case to ensure that the plan is implemented. When all of the provisions of the plan have been fulfilled, the plan is “consummated,” and the case is closed by the court.

Caveat. This article was meant to provide a very brief overview of the chapter 11 process. A thorough discussion would fill up a large treatise. Consequently, much of the information was presented in a simplified manner.

You should remember that chapter 11 proceedings and the law that they involve are complex, and representation requires a keen understanding of chapter 11 practice and procedure as well as a good knowledge of the Federal Rules. Therefore, if it appears that your small business client might benefit from a chapter 11 reorganization, consider referring the matter to an experienced bankruptcy practitioner who emphasizes debtorrepresentation.

About the Author:  Long Island Bankruptcy Attorney Craig D. Robins, Esq., [1]is a regular columnist for the Suffolk Lawyer [2], the official publication of the Suffolk County Bar Association [3]in New York. This article appeared in the January 2005 issue of the Suffolk Lawyer. Mr. Robins is a bankruptcy lawyer who has represented thousands of consumer and business clients during the past twenty years. He has offices in Medford, Commack, Woodbury and Valley Stream. (516) 496-0800. For information about filing bankruptcy on Long Island [4], please visit his Bankruptcy web site: http://www.BankruptcyCanHelp.com [4]