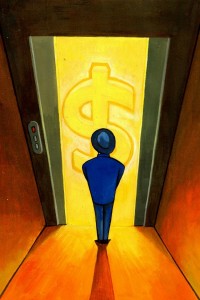 About the only thing a bankruptcy law columnist can write about these days is the passage of the new bankruptcy reform laws and how debtors and their attorneys should handle the situation. By now, everyone should know that on April 20, 2005, President Bush signed into law the “Bankruptcy Abuse Prevention and Consumer Protection Act of 2005,” a very harsh pro-creditor statute designed to make it much harder for consumers to eliminate their debts in bankruptcy. This is the most radical and sweeping change to the Bankruptcy Code in several decades.

For years, the bankruptcy laws favored debtors by enabling them to easily discharge debts in a Chapter 7 proceeding. Now the pendulum has swung the other way in favor of creditors. The new laws will prevent many debtors from filing for Chapter 7 and will instead require that they make payments through a much more complex five-year Chapter 13 payment plan. As one columnist said, the last eight years were a joy ride for consumers, but now it’s over.

For better or worse, you will soon need to decide if you are still in the game. For years, critics of the bankruptcy reform laws have complained that the complexity of the new laws would drive many general practitioners away from being able to handle bankruptcy matters. They argued that it would take attorneys hours of extra time per case to handle the requirements of the new laws. They argued that complying with the new laws will require a much more thorough familiarization with the Bankruptcy Code and its new revisions and procedures. They argued that potential liability for sanctions, costs and fees for filing the wrong chapter would deter many attorneys from wanting to continue bankruptcy representation. Unfortunately, all of this is very true.

While bankruptcy law is a highly specialized field, and always has been, the recent popularity of bankruptcy over the past decade has prompted many general practitioners to try their hand at filing bankruptcy cases. Many of these general practitioners were previously able to handle the simpler consumer matters. I, personally, have seen many general practitioners make mistakes, but up until now, at worst they would generally be yelled at by a trustee, embarrassed in front of their clients, compelled to repeatedly correct and revise schedules until they got them right, or face the wrath of a client who found that he had to turn over his non-exempt assets to the trustee.

However, the reform act now explicitly places actual liability on the debtor’s attorney for costs, sanctions, and legal fees for basically making a mistake. In essence, the new laws impose a very strict duty of due diligence on the part of the debtor’s attorney to ensure that a consumer debtor is qualified to file a Chapter 7 case. If the debtor’s attorney is wrong, then a host of interested parties including creditors, the Chapter 7 trustee, the United States Trustee (or even the Court, sua sponte), can bring a proceeding against the debtor to challenge the propriety of filing under Chapter 7, and if successful, they will be entitled to recoup costs and legal fees against the debtor’s counsel. The Court is empowered to impose sanctions and direct counsel to disgorge their legal fee as well. An unfavorable ruling against the attorney can also open the door for a malpractice suit by the client. These concerns alone are enough to scare away many practitioners not willing to chance such problems and face such potential headaches.

But there are also a host of other obligations that you will need to address. The Court’s relatively new Electronic Case Filing Requirement, which requires all attorneys to file electronically, combined with the new schedules and forms under the new law, will effectively mandate that any attorney who files a case under the new law do so with the assistance of a specialized computer bankruptcy filing program. For those attorneys who already have such software, you will most certainly need to obtain the most updated version that complies with the new laws. This software will probably not even be available for a number of months.

Then, in order to continue to effectively represent consumer bankruptcy clients under the new laws, you will absolutely need to become extremely familiar with the new laws and procedures. That means thoroughly reading the new laws (the draft versions available on line are about 500 pages long), attending a number of consumer bankruptcy continuing legal education seminars that will undoubtedly appear after Labor Day, and developing special relationships with credit counseling agencies and entities that offer financial management courses.

A significant provision in the new law is that a debtor must go through credit counseling at least 6 months before filing for bankruptcy. In addition, a debtor must also complete a personal financial management course within 18 months after filing in order to receive a discharge. These not-for-profit agencies must be certified and accredited by the United States Trustee. You will need to learn about the what agencies are in your area and how to refer your clients to them. To make matters more complicated, none of the agencies that the new law requires are yet recognized by the Court or even exist.

And there’s more. A slightly bizarre provision under the new law classifies all consumer debtor attorneys as “debt relief agencies.” The law requires any attorney who advertises bankruptcy to state in the advertisement that they are a “debt relief agency” and that the agency “helps people file for relief under the Bankruptcy Code.”

When must you decide if you will continue your consumer bankruptcy practice? Although some provisions of the new law became effective immediately, the bulk of the provisions that would affect your practice contain an effective date of 180 days. Thus, the new laws will not become effective until about October 17, 2005. If you have any doubts about filing new cases, you should consider playing it safe and avoiding potential headaches by referring your clients to a highly experienced bankruptcy attorney. In the meantime, the clock is ticking.

About the author.  Long Island Bankruptcy Attorney Craig D. Robins, Esq., [1]is a regular columnist for the Suffolk Lawyer [2], the official publication of the Suffolk County Bar Association [3]in New York. This article appeared in the May 2005 issue of the Suffolk Lawyer. Mr. Robins is a bankruptcy lawyer who has represented thousands of consumer and business clients during the past twenty years. He has offices in Medford, Commack, Woodbury and Valley Stream. (516) 496-0800. For information about filing bankruptcy on Long Island [4], please visit his Bankruptcy web site: http://www.BankruptcyCanHelp.com [4].