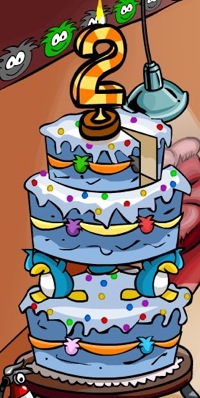 Last month, a panel of well-known, local bankruptcy practitioners and trustees convened at a Suffolk County Bar Association seminar to discuss consumer bankruptcy practice under the new laws, which just marked their second anniversary. During the past two years, those attorneys who continue to practice bankruptcy (many general practitioners have dropped out due to complexities in the law) have become gradually more familiar with the new statutes.

However, there remain a number of significant issues concerning how to best apply the new laws in practice. There are also a number of court decisions now which interpret the new laws, although there are relatively few coming from this jurisdiction. The panel presented an assortment of information and practical tips which I will discuss in this column and next month’s column. In this first part I will primarily highlight Chapter 13 issues.

Chapter 13 Cram-downs. Chapter 13 trustee, Michael Macco, posed the question, “How can we all make money in the Chapter 13 world?” His answer was for attorneys to cram down second and third mortgages by bringing adversary proceedings under Code section 506. This is the provision that permits a debtor to remove a lien from real estate if it is not secured. As real estate values have been declining over the past year, practitioners should take a look at the value of their client’s property to ascertain if it is feasible to strip down a second or third mortgage.

Richard Stern, a Chapter 7 trustee, pointed out that in order to do this, the second or third mortgage must be totally unsecured. Mr. Macco believed a fee of $2,500 to $5,000, in addition to the Chapter 13 legal fee, would be a reasonable fee for this. He also noted that most attorneys do not bring such applications even when the situation calls for it. However, none of the panelists addressed how typical debtors would be able to pay for such work. Sal LaMonica, former law clerk to Judge Dorothy Eisenberg, and now a bankruptcy practitioner, noted that he has seen several actions successfully brought to void a mortgage on the ground that it violated the Truth in Lending Act. He suggested that attorneys be on the look-out for any violation of federal laws at the time of closing.

Dealing with Tax Refunds on the Means Test. Mr. Macco posed the issue: “Do you count the tax refund as part of the debtor’s monthly income?” Here the panel had different opinions. The U.S. Trustee website says that you do not have to count the tax refund unless it was received during the prior six-month means test period. However, Mr. Macco pointed out that the means test requires the debtor to indicate “taxes actually incurred.” He believes that debtors should calculate their actual tax obligation not based on taxes withdrawn from pay stubs, but instead from actual taxes paid, taking into account subsequent tax refunds. He also pointed out that Chapter 13 trustee Marianne DeRosa lets debtors do this differently by amortizing refunds over a 12-month period.

Meanwhile, Mr. Stern disagreed with Mr. Macco’s approach and commented on a discussion he had with the regional U.S. Trustee who stated debtors should absolutely NOT include tax refunds received during the prior six months. Mr. Stern noted that from a practice standpoint, if you have a case with Macco, you would probably want to use his approach, but if you have a case with another trustee, you could use the other approach. Mr. Macco also stated that he had been negotiating with the IRS to persuade them to mail the refund directly to the Chapter 13 trustee.

The Three-Prong Test in Chapter 13. Mr. Macco discussed the three-prong test that determines how much a debtor must pay in a Chapter 13 plan: it is the greater of a) the hypothetical Chapter 7 liquidation amount; b) the amount set forth at the end of the means test; or; c) the amount of actual disposable income. Mr. Macco remarked that the courts are split on this approach and that there is no authoritative case law in this jurisdiction to support this position. He indicated that until there is some authority towards a different method, this is the approach he intends to take.

Car Calculations. The biggest mistake Mr. Macco sees counsel make on the means test concerns the calculation of secured automobile debt. He reminded counsel that in determining the deduction for auto loans, counsel should take the balance due on a car loan and divide by 60. He also pointed out a debtor cannot take an automobile deduction for a car for the line item “transportation ownership / lease expense” of the means test unless there is a car loan or lease for that vehicle. However, Mr. Macco pointed out that the practice in this district is that a debtor can deduct an additional $200 per car on the means test if the vehicle does not have a loan or lease, and the vehicle has over 75,000 miles. He said that this position is based on case law that has been adopted by the trustees in this jurisdiction. This additional $200 per vehicle would be added to the amount on the means test line item for basic “transportation / vehicle operation expense.”

Life Insurance Deductions. Mr. Macco believes that debtors can only deduct term life insurance on the means test as opposed to other types of life insurance.

Telecommunication Expense. This is only deductible, according to Mr. Macco, to the extent that it is necessary for the welfare of the debtor or his dependents. Mr. Macco believes that a family cell phone plan for $59 that enables family members to contact each other for emergencies is reasonable. However, this also led to a heated panel discussion. It appears that the issue is: is it really necessary? It was pointed out that Chapter 13 trustee Marianne DeRosa does not permit any telecommunication expense deduction absent extenuating circumstances. As a practical tip, distinguish between pleasure use and emergency use.

Commitment Period. If the debtor’s income is below the state median income, the debtor can file a three-year plan as opposed to a five-year plan. See Bankruptcy Code section 1325.

Chapter 13 Payoffs. How much does a debtor have to pay the Chapter 13 trustee if the debtor wants to pay off the plan early? According to Mr. Macco, if you confirm a plan, it is a contract which sets forth the amount the debtor has to pay, and this amount is the amount of the pay-off, regardless of whether the debtor’s property has increased in value. However, there would be a different result in cases pending before Judge Eisenberg as she believes that creditors should benefit from increased value in real estate, which means that a debtor could conceivably pay more if the debtor wanted to satisfy the plan early.

New Means Test. Mr. Macco thought it was almost definite that the means test form was going to be revised effective January 2008. He suggested that the revised form would provide for a far greater itemization of “marital deductions” for non-filing spouses. This would enable a debtor to deduct the non-filing spouse’s student loans, credit cards, child support or maintenance, and car payments.

Health Care for persons 65 years of age and older. It also appears that the new means test may permit senior citizens to deduct an additional sum, presumably to cover greater medical expenses.

Additional Transportation Expense Deduction. Another possible new category would apply to debtors who both own cars and take public transportation. Such individuals would be permitted to an additional means test deduction based on new proposed IRS transportation standards, not yet in effect. This will help those debtors who commute to the City.

Stay Tuned Next Month. In Part II of this article, I will address issues involving matrimonial settlements, reaffirmation agreements, converted cases, the new U.S. Trustee initiative against attorneys, and other matters.

About the Author.  Long Island Bankruptcy Attorney Craig D. Robins, Esq., [1]is a regular columnist for the Suffolk Lawyer [2], the official publication of the Suffolk County Bar Association [3]in New York. This article appear in the December 2007 of the Suffolk Lawyer. Mr. Robins is a bankruptcy lawyer who has represented thousands of consumer and business clients during the past twenty years. He has offices in Medford, Commack, Woodbury and Valley Stream. (516) 496-0800. For information about filing bankruptcy on Long Island [4], please visit his Bankruptcy web site: http://www.BankruptcyCanHelp.com [4].