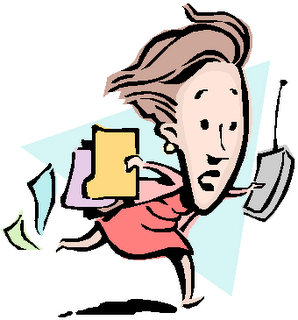 What consumer bankruptcy petitioners have dreaded for the last seven years has finally happened. Congress has implemented a new set of bankruptcy laws designed to make it decidedly more difficult for consumers to discharge their debts. On April 20, 2005 President Bush signed the “Bankruptcy Abuse Prevention and Consumer Protection Act of 2005,” also known as S. 256. This is the most sweeping reform of U.S. bankruptcy law in twenty-five years.

The bill is a major victory for the Bush administration’s economic and political agenda. For years, bankruptcy has been a boon for consumers. Now the pendulum is shifting the other way in favor of creditors.

The new law will prevent many individuals from being able to eliminate their debts in a Chapter 7 proceeding, instead forcing them to pay a portion of their debts through a Chapter 13 plan. The law will also impose many hurdles on those seeking to file. For example, it will require consumers to complete credit counseling prior to filing, and it will prevent debtors from receiving a discharge until they complete a personal financial management course. Debtors will also be required to file proof of income, a new requirement.

One major aspect of the new law will be the Chapter 7 means test. Debtors will have to meet specific income requirements to be eligible for Chapter 7 bankruptcy status. If a debtor’s income exceeds the state’s annual household median and the debtor can make payments of at least $100 a month for a period of five years, they will be forced to seek Chapter 13 status instead, which requires a payment plan.

Those debtors who would have filed Chapter 13 in any event, will also face a tougher situation. Instead of being able to finish their Chapter 13 obligations in just three years, they will be obligated to make payments for five years.

The new filing requirements will also mean more paperwork and potential court time, which translates to higher legal fees. In addition, a very controversial provision of the bill provides that debtor’s attorneys can be held liable for fraud if their clients withhold information and assets in hopes of qualifying for Chapter 7 status. The new laws impose a steep due diligence requirement on consumer bankruptcy attorneys.

We can expect a surge of filings as cash-strapped consumers try to get a jump on the new laws that will make filing much tougher for people to erase their debts through existing bankruptcy proceedings. Middle-income families who comprise the majority of filers, will be affected the most. It will now take much longer for families suffering serious illnesses, unemployment, divorce or other economic calamities to get a handle on their debt situations.

About the Author.  Long Island Bankruptcy Attorney Craig D. Robins, Esq., [1]is a frequent columnist for the Attorney of Nassau, published in Nassau County New York for members of the bar. This article appeared in the April 2005 issue of the Attorney of Nassau. Mr. Robins is a bankruptcy lawyer who has represented thousands of consumer and business clients during the past twenty years. He has offices in Medford, Commack, Woodbury and Valley Stream. (516) 496-0800. For information about filing bankruptcy on Long Island [2], please visit his Bankruptcy web site: http://www.BankruptcyCanHelp.com [2].